Helping children and young adults with a variety of brain injuries recover and make the transition back to home, school and community life.

At Kennedy Krieger, our approach to the rehabilitation and clinical care of children, adolescents and young adults is based on a deep knowledge of and research on how the brain and spinal cord respond to injury. 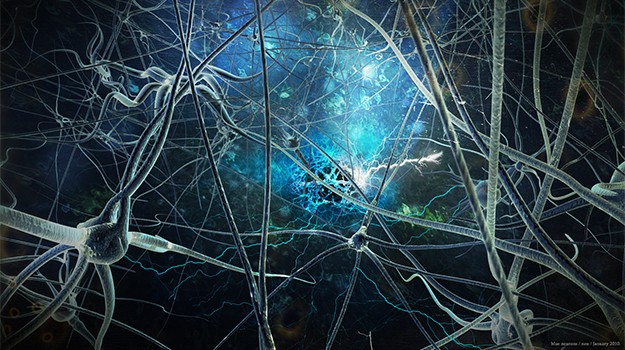 We incorporate the latest knowledge and research findings on brain plasticity into our brain and spinal cord injury programs.

Neuroplasticity is the process by which improvements in movement, memory, language, and cognitive functions occur.

Much of the brain’s plasticity is due to changes that happen over time at its synapses. These are the junctures that connect the billions of neurons in the brain to each other. Changes in the strength of these synapses, which are part of complicated neuronal circuits, affect motor function, memory formation and memory retention. This process is enhanced in the brains of children, which contain many more synapses than are present in the adult brain. This difference means that children have a “reserve” of synapses and are less sensitive to loss of neurons from injury.

The therapies we apply are intended to improve the function of some synapses while reducing the strength of others in order to “re-balance” the brain’s circuits and normalize brain function after injury. Reorganization of neuronal circuitry in the brain through therapy is a major mechanism for restoring normal functions, including motor and cognitive abilities.

Clinician scientists at Kennedy Krieger have conducted groundbreaking research supported by the National Institutes of Health on the mechanisms of brain injury and recovery through plasticity that involve the common neurotransmitter glutamate. The simple amino acid glutamate is used as a neurotransmitter by 80 percent of the brain’s synapses. Glutamate mediates excitement by activating several types of specific receptors in synapses, and it is involved in memory formation, vision, hearing, movement and many other functions. Brain and spinal cord injuries damage the brain by leading to an overflow of glutamate in the brain, but this damage can be prevented by drugs that block glutamate. Just the right amount of glutamate leads to normal function and recovery through plasticity.

Using advanced neuroimaging techniques, Kennedy Krieger clinician scientists are investigating the effects of intensive therapies on remodeling neuronal circuitry. Measurement of the integrity of brain   pathways that control movements may provide insights leading to predicting response to treatments based on neuroplasticity and “precision” rehabilitation.

Kennedy Krieger scientists have clarified the roles of injury and recovery through plasticity in the brain by identifying four types of brain plasticity:

The window of heightened plasticity tends to close as the brain matures, but research suggests that this process can be partially reversed by modifying neurotransmitters in the brain or through neuroimaging techniques including transcranial magnetic stimulation (TMS). Kennedy Krieger neuroscientists are working hand in hand with rehabilitation clinicians to apply this knowledge to speed up the brain injury recovery process of our patients.