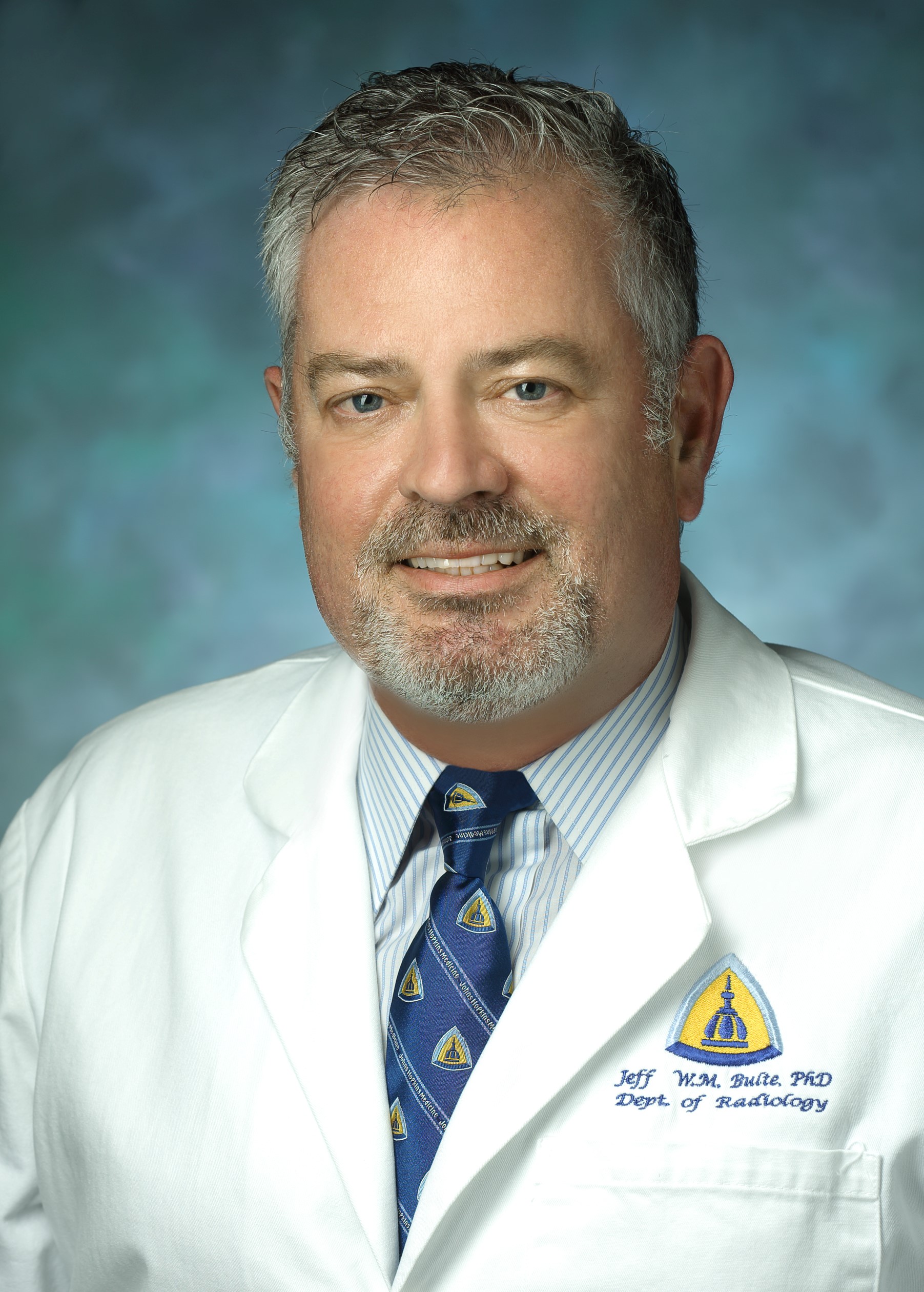 Dr. Bulte received his undergraduate and masters degrees in Biology and Medical Biology, respectively, from the Free University of Amsterdam in The Netherlands. He received his PhD in Medicine summa cum laude from the University of Groningen in The Netherlands in 1991. Afterwards, he joined the National Institutes of Health in Bethesda, MD, where he completed a fellowship, then became a staff scientist. Dr. Bulte joined the Johns Hopkins faculty as an Assistant Professor in 2001, became an Associate Professor in 2002, and a Professor in 2006, and has since then served as Director of Cellular Imaging in the Institute for Cell Engineering. He is a Fellow and Gold Medal awardee of the ISMRM, a Fellow of WMIS, and a Distinguished Investigator of the Academy of Radiology Research. In 2018, he became the inaugural Departmental Director of Scientific Communications.

For a list of Dr. Bulte's most recent publications searched from the NIH's PubMed Database, please use this Search Link.