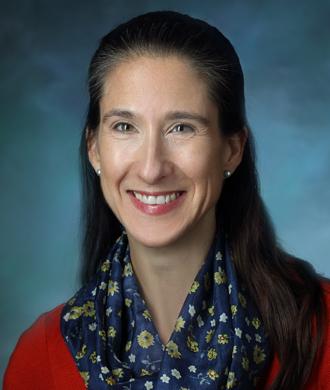 Dr. Lisa Jacobson is the Director of Research, as well as a licensed psychologist and pediatric neuropsychologist, in the Department of Neuropsychology, Kennedy Krieger Institute. She is also the co-Director of the Center for Innovation and Leadership in Special Education (CILSE). Additionally, she holds an appointment as an associate professor in Psychiatry and Behavioral Sciences at The Johns Hopkins University School of Medicine.

Dr. Jacobson's broad research interests include examining cognitive and behavioral aspects of neurodevelopmental disorders, specifically related to brain-behavior relationships involving attention and executive functions. She is interested in characterizing how children's developing executive functions interact with developmental contexts at home and school to influence brain development and neurobehavioral functioning. She studies children with identified disorders affecting executive functioning (e.g., ADHD, spina bifida, cancers and oncology treatment), as well as children at risk for developing executive dysfunction, investigating ways in which parents and teachers scaffold development of executive skills. She is also interested in working to help the Institute better capture and learn from point-of-care data to improve the quality of healthcare provided at Kennedy Krieger.

She has ongoing, funded collaborations with other Kennedy Krieger Institute and Johns Hopkins University School of Medicine researchers to investigate ways to better support cancer survivors and their families in their schooling after cancer. She has also collaborated with other Institute and JHH researchers to develop clinical screening tools for identifying children with executive dysfunction and associated difficulties that can be used as part of typical medical care visits for specific clinical populations. She has published projects examining parent perspectives on schooling after cancer, response variability in children with ADHD, influences of working memory on reading fluency in ADHD, characterization of attention in children with ADHD, adaptive dysfunction in children with intellectual disability, and executive functioning and adaptive skills in young adults with spina bifida.