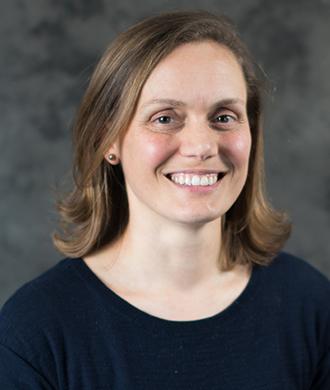 Dr. Alison Pritchard is a licensed and board-certified child and adolescent clinical psychologist who serves as the Co-Director of and research scientist in the Department of Neuropsychology at the Kennedy Krieger Institute. She also holds an appointment as assistant professor of Psychiatry and Behavioral Sciences at the Johns Hopkins University School of Medicine. Dr. Pritchard sees patients for psychological assessment in the Targeted Assessment Clinic and in the Consultation Clinic within the Neuropsychology Department’s outpatient program.

After graduating from Kenyon College with a B.A. in Psychology, Dr. Pritchard completed her graduate training in clinical psychology, with an emphasis in child development, at the University of Delaware, earning her Ph.D. in 2006. She worked as a pre-doctoral intern at the Devereux Foundation, a residential treatment program for children and adolescents with severe emotional and behavioral dysfunction. In 2008, Dr. Pritchard completed her post-doctoral fellowship in clinical child psychology and neurodevelopmental disabilities within the Department of Neuropsychology at the Kennedy Krieger Institute/Johns Hopkins University School of Medicine. She then worked in private practice, specializing in psychological assessment, for two years before returning to the Kennedy Krieger Institute's Neuropsychology Department.

Dr. Pritchard's research interests center around the development of an evidence base for the etiology, treatment, educational services, and accommodations for children with attention-deficit/hyperactivity disorder (ADHD) and learning disabilities. She has served as principal investigator for a project designed to evaluate the effectiveness of commonly administered academic accommodations in improving the standardized testing performance of middle school students with ADHD and learning disabilities and for a neuroimaging study of the role of brain-based iron concentrations in attention and cognitive control. Dr. Pritchard also focuses her research efforts on the effective implementation of a Learning Healthcare Systems framework.

In addition, she is involved in collaborations with other Institute and School of Medicine faculty on research projects which involve characterizing behavioral profiles of clinical subgroups of children and adolescents with Down Syndrome and establishing psychometric characteristics of measures used in clinical populations.