Behavioral paradigm descriptions:
Open Field (Locomotion, Anxiety): The open field test takes advantage of animals innate fear of open spaces. Rodents (rats: 1 each in 90 x 90 cm; mice: 4 each in 45 x 45 cm) are placed in the center of the arena and activity is measured. Total distance traveled, resting time, and speed can be used as measures of locomotor activity. Time spent in the center versus the periphery, as well as rearing activity, can be used as a measure of anxiety-like behaviors.
Variations

Rotarod (Balance, Grip Strength, Motor Coordination): The rotarod is a simple test for detecting sensorimotor deficits, in which the rat is placed on a moving rod, forcing them to begin walking in order not to fall off of the apparatus. Rats will be placed on an accelerating rod, beginning at a low number of revolutions and over the course of up to 10 minutes, the rod will accelerate at even intervals. The trial will end for each animal when it falls off of the rod, breaking the laser beam that records the exact time it falls, and lands in the holding area. Time on the rotarod, and number of revolutions/min at the time it falls will be recorded. Animals will receive up to 5 trials per day of testing, and up to four animals will be run at the same time, and are separated by large dividers, such that they cannot see one another while running. The apparatus will be cleaned with at least 10% ethanol after each trial.
Y Maze (Cognition, Memory, Spatial Learning): Animal is placed in the end of one arm and allowed to freely explore for a set period of time (usually 5-10 minutes). Each additional animal should be started in a different arm to prevent side bias. Spontaneous alternations (natural inclination to remember which arm was last visited and enter a different arm) are measured as well as the total number of arm entries. Percent spontaneous alternations are calculated, with a lower score suggesting poorer performance. Chance is 22%. A typical experiment will last for 5 minutes. Experiments may be repeated several times to measure changes in cognition.
Challenge Ladder (motor performance): The challenge ladder allows for the simultaneous assessment of forelimb and hindlimb function. Animals traverse the ladder from one goal box to another following a brief motivating air puff. Animals walk the horizontal ladders with varying rung location and spacing. Changing the spaces of the rungs prevents animals from learning the task, preventing them from compensating for any impairments. Sensors within the rungs detect footfaults.
Von Frey (Nociception): The von Frey anesthesiometer allows for sensory testing on rodents using a series of flexible von Frey hairs. After pressure is applied to the subject using the preferred probe, both the reaction response and threshold are measured and stored in the unit. A typical experiment will last less than 10 minutes. Experiments may be repeated multiple times to detect sensory changes over time.
Beam Walking (motor performance): This task consists of placing the animal on an inclined, suspended, narrow wooden beam (1 cm wide, 35-degree angle) and measuring the transverse time and the number of foot slips. Bright lights and/or treats may be used to motivate the animal to transverse the beam.
"Sticky tape" task (sensorimotor behavior): The sticky tape test assesses sensorimotor dysfunction and involves placing a small adhesive-backed label on the limbs of the animal. The time taken for the animal to notice the tape on its paws, shown by the animal shaking its paw and bringing it to its mouth, will be recorded, as well as the actual time taken to remove the piece of tape from each paw. Rats/mice will be given up to 5 minutes to sense the tape and then remove it, for one trial on each given test day. 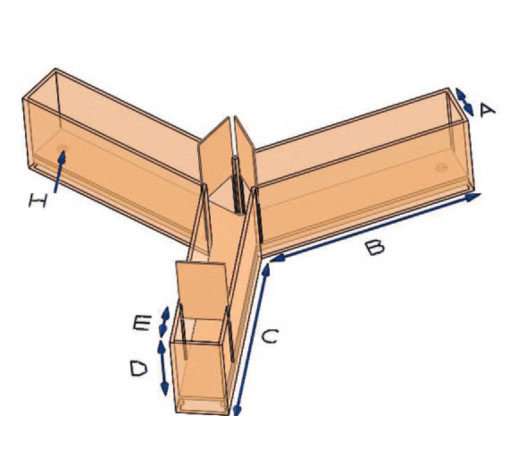 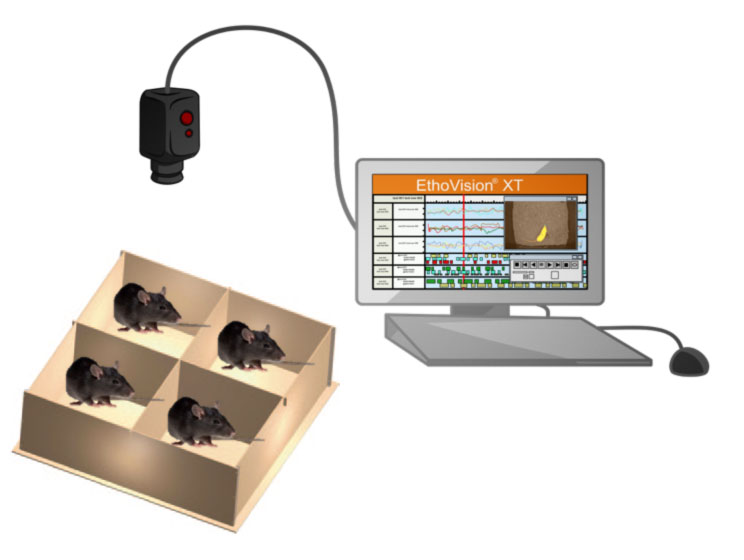 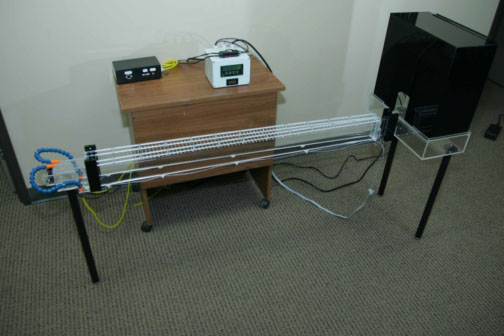 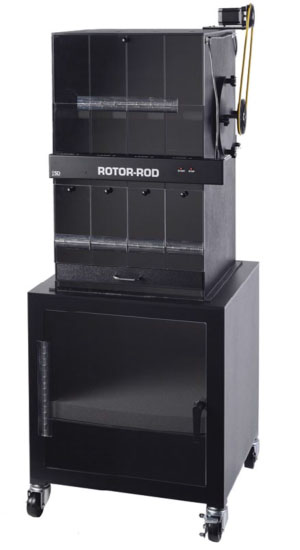