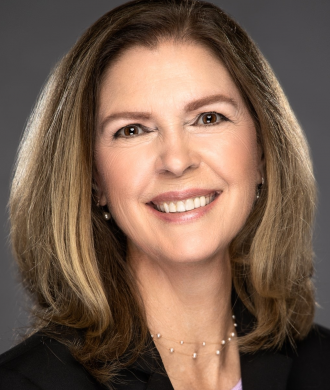 Rebecca Landa, PhD, CCC-SLP, is the founder and director of the Center for Autism and Related Disorders (CARD) and the REACH research program at Kennedy Krieger Institute. She is also a professor of Psychiatry and Behavioral Sciences at the Johns Hopkins University School of Medicine.

Dr. Landa obtained her master's degree at the Pennsylvania State University and her doctorate at the University of Washington. She completed post-doctoral training in psychiatric genetics at Johns Hopkins. She is the recipient of the NIMH Shannon Award for excellent and innovative research, as well as the Rita Rudel Prize for Developmental Neuropsychology. Dr. Landa is also the recipient of the 2009 Alumni Recognition Award from the College of Human Health and Development of the Pennsylvania State University.

Dr. Landa received the Speaker’s Medallion Award, Maryland State House  2014. She was awarded the 2015 Distinguished Alumnus of the Year award from the University of Washington Department of Speech and Hearing Sciences, and was the 2016 David E. Yoder Symposium Awardee, University of North Carolina. In summer 2017, Dr. Landa was named to Parents Magazine Board of Advisors, contributing and weighing in on mental health topics.

Dr. Landa is a speech-language pathologist. She has practiced in the public schools, university clinics and hospital settings. Dr. Landa has consulted with schools and families on an international level to establish state-of-the-science educational programming for children with autism spectrum disorders.

Current statistics predict one out of every 68 children will be diagnosed with an autism spectrum disorder (ASD). Autism is a neurodevelopmental disability that typically appears within the first three years of life. Individuals with ASD exhibit developmental delays in social and communication development, often have atypical responses to sensations, repetitive behaviors, and intense and/or atypical interests. ASD is about four times more likely in boys than girls, and sometimes occurs in association with other disorders. Though the cause of autism is unknown and cannot be "cured," structured educational programs geared to the child's developmental level and interests can improve outcomes and support improved quality of life.

Dr. Landa directs the Center for Autism and Related Disorders (CARD) at Kennedy Krieger Institute, which offers a uniquely interdisciplinary and comprehensive approach to serving children with ASD and their families. The center combines educational, behavioral, clinical, diagnostic, out-patient and outreach programs to create treatment that is tailored to the particular needs of individual children and their families.

Dr. Landa's research has focused on neuropsychological, learning and communication processes in autism across the lifespan. Her research, clinical, and community-based work for over the past 15 years has focused on identifying the earliest markers and developmental trajectories associated with autism spectrum disorders (ASD) and communication disorders, and translating that knowledge into scalable interventions that can be feasibly implemented in community settings where the greatest impact can be made.

Prior to 2005, researchers, parents, and clinicians relied solely on retrospective studies or case reports to understand the earliest indicators of ASD.  Dr. Landa was part of the original research group that determined that ASD was heritable. That same group discovered that there was continuum of ASD characteristics, and that family members of individuals with ASD may exhibit a set of behavioral and information processing characteristics that are similar to those of ASD but much milder. This has been referred to as a ‘broader autism phenotype’. To advance the field’s understanding of the earliest signs of ASD, and how infants with ASD learn (so that more effective treatments could e developed), Dr. Landa pioneered a new research design, involving the study of infant siblings of children with autism and following these infants into their teen years. This  prospective longitudinal research approach is known as the ‘high risk siblings’ design. Dr. Landa’s research showed that about 20% of younger siblings of a child with ASD will also have ASD (replicated by the Baby Siblings Resarch Consortium – Ozonoff et al., 2011). Her work showed that motor differences by age 6 months are predictive of ASD and communication delays and that there is a prodromal period for ASD. She also showed that there are different patterns of ASD onset and multiple developmental trajectory patterns in high risk sibs. Out of what she learned in her research with infants at heightened risk for ASD, Dr. Landa developed a brief tutorial of early ASD indicators (see youtube ‘Bringing the Early Signs of Autism Spectrum Disorders into Focus’; Spanish versions also available).  Another product from her infant research is the Early Video-guided Autism risk Screener (EVAS), designed to detect autism risk in children from 12 to 60 months of age.

In her research related to interventions, Dr. Landa developed an intervention for toddlers with ASD that showed efficacy in a randomized controlled trial.  Through funding from the Institute of Educational Sciences, this treatment, Early Achievements, was translated into an intervention for ASD and other social and communication disorders that can be feasibly implemented by teachers in public preschool settings. A large randomized controlled trial of that intervention is being conducted in public schools in four states to more fully evaluate its efficacy.  She also has developed an intervention for infants at high risk for social and communication delays, including autism. In addition to her preschool-based implementation science research, Dr. Landa has adapted the Early Achievements intervention for implementation in child care settings serving two- and three-year-olds, where one or more of the children demonstrates communication and social delays.

To advance the detection of social communication impairments, Dr. Landa developed the Pragmatic Rating Scale. This tool, for ages 4 years through adulthood, has been translated into many language and is used around the world.

Dr. Landa has led numerous multi-site research projects. She was the principal investigator of an NIH STARRT Center of Excellence. She is a member of the Baby Sibs Research Consortium and of the Toddler Treatment Network. Dr. Landa is a co-principal investigator for two studies funded by the Centers for Disease Control (SEED and ADDM) and NIMH (EARLI). She has multiple research collaborative studies that involve leading scientists within the United States and abroad. Dr. Landa was selected as an International Society for Autism Research (INSAR) Fellow for 2021.