By the time his parents found him lying face down in a koi pond, Luke had been without oxygen for at least 15 minutes.

While waiting for an ambulance, Ashley gave her 2-year-old son CPR. About 15 minutes later, Luke’s heart started up again. A helicopter flew him to a nearby hospital. Upon arrival, his little body was only 86 degrees F. He was seizing and “cyanotic to the core,” Ashley says. 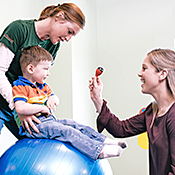 But at the hospital, Luke stabilized, his seizures stopped, and “we went from talking about organ donation,” Ashley says, “to next steps.”

Medics transferred Luke to Kennedy Krieger Institute on April 19. The brain injury he’d received in the pond due to a lack of oxygen had left him as helpless as a newborn baby, but his parents, doctors and therapists refused to give up hope that he could get better. By merely surviving what he’d been through, Luke—always a spunky kid, Ashley says—had already demonstrated that he was a fighter.

Luke’s therapists’ initial goal “was to make him comfortable—just getting his arms and legs to straighten out was difficult,” Catherine Syretz, his inpatient occupational therapist at Kennedy Krieger, explains. They also wanted to train Luke’s parents in administering his therapies at home, several hours away. 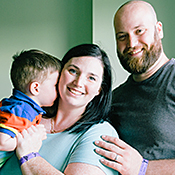 “But Luke did better than we thought he would,” Syretz says. With a few weeks of therapy and stretching, Luke was moving his arms again, tracking moving objects with his eyes, turning toward sounds, rolling over, and swiping at toys. Speech-language pathologist Kathleen Brady worked with Luke on chewing, imitating sounds and turning his head toward the sound of a favorite musical toy. Overseeing his progress and the development of his care plan was his attending physician, Dr. Suzanne Rybczynski, medical director of the Institute’s Rehabilitation Unit.

By the time Luke left Kennedy Krieger, two months after the accident, he had recovered a full range of motion in his upper extremities. And Syretz had even worked with Luke’s older siblings, too, to help them learn how to play with their baby brother again in a way that would help him recover. 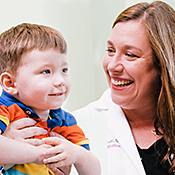 Since then, Luke has continued to progress. Working with community therapists and his parents between outpatient visits to Kennedy Krieger, he’s started sitting up on his own, taking steps in a walker, eating soft foods and swallowing liquids, and enjoying his favorite songs and TV programs. 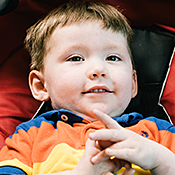 And he’s started smiling and laughing—and saying “mama” and “dada.”

One day last August, Luke opened his mouth on his own to eat the yogurt his mother was feeding him. Five months after nearly drowning, he sat up on his own, placing his hands down on the floor beside him to hold his back up.

“He’s probably the strongest person I have ever met,” Ashley says. “He doesn’t realize that he could give up—he just keeps on trying.” 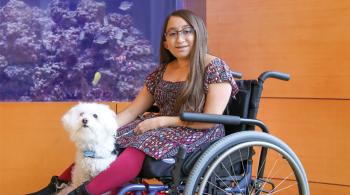 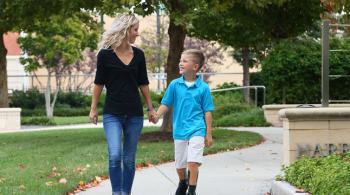 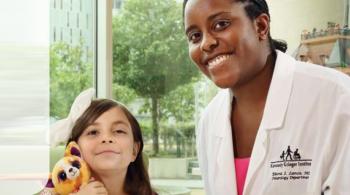