On October 10, Mirian Ofonedu, PhD, director of training for the MCDD, hosted a synchronous event, “Meeting with a National Leader on Faith and Disability.” Guest speaker William “Bill” Gaventa, a respected national leader in the field of disability and faith, presented to members of the Disability and Faith Community project, a project by the MCDD. Bill Gaventa is co-chair of the Association of University Centers on Disabilities (AUCD) national Collaborative on Faith and Disability, founder and director of the Institute on Theology and Disability, and author of Disability and Spirituality: Recovering Wholeness. In attendance were 16 people, including faith leaders from across Maryland.

Maryland’s 34th Suicide Prevention Conference occurred on October 12, with the theme “Connect, Response, Heal and Thrive.” Dr. Ofonedu served as a member of the planning committee for this event, and Tracy Hincke, MPH, MSW, the MCDD administrative services coordinator, also attended. The virtual conference discussed innovative ways to respond to and address suicide within communities.

Also on October 12, Kristine Nellenbach, MS, program coordinator for Resource Finder, represented the MCDD at the COVID-19 Vaccine Clinic and Resource Fair, held at Kennedy Krieger Institute. The event was in partnership with Disability Rights Maryland and provided resources for topics such as voting, healthcare, alternatives to guardianship, and self-advocacy.

On October 13, a coalition led by the University of Cincinnati Center for Excellence in Developmental Disabilities (UCCEDD) received a five-year grant from Administration for Community Living (ACL) to establish the National Center on Disability, Equity, and Intersectionality. The MCDD will work as a partner on this project, along with Morehouse School of Medicine, Georgetown University National Center for Cultural Competence and Autistic Self Advocacy Network (ASAN). The goal of this program is to lead the nation’s charge in identifying and reducing life-limiting inequities in healthcare, community living and justice for people with disabilities. 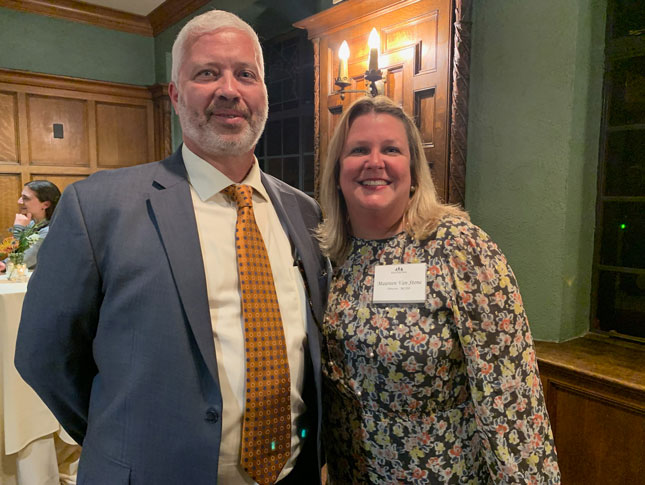 On October 18, the MCDD held its quarterly Community Advisory Council (CAC) meeting. MCDD faculty members, staff members and trainees attended the meeting, as well as participants from various community organizations and state agencies, all of whom serve people with intellectual and developmental disabilities. 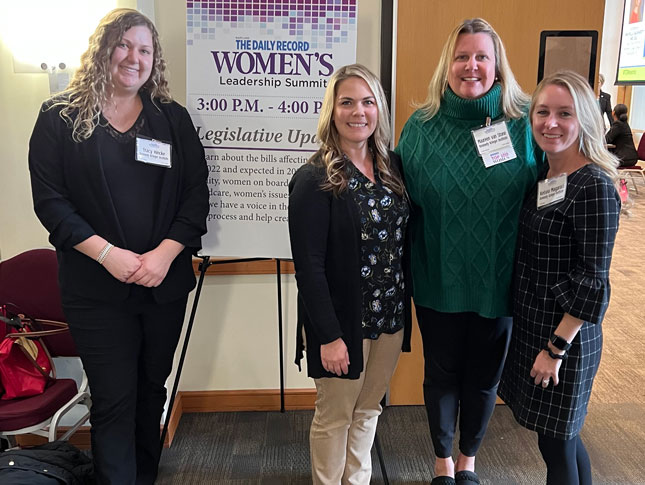 On October 20, van Stone gave a virtual presentation providing an overview of the MCDD to the Center for Autism and Related Disorders (CARD) department at Kennedy Krieger. 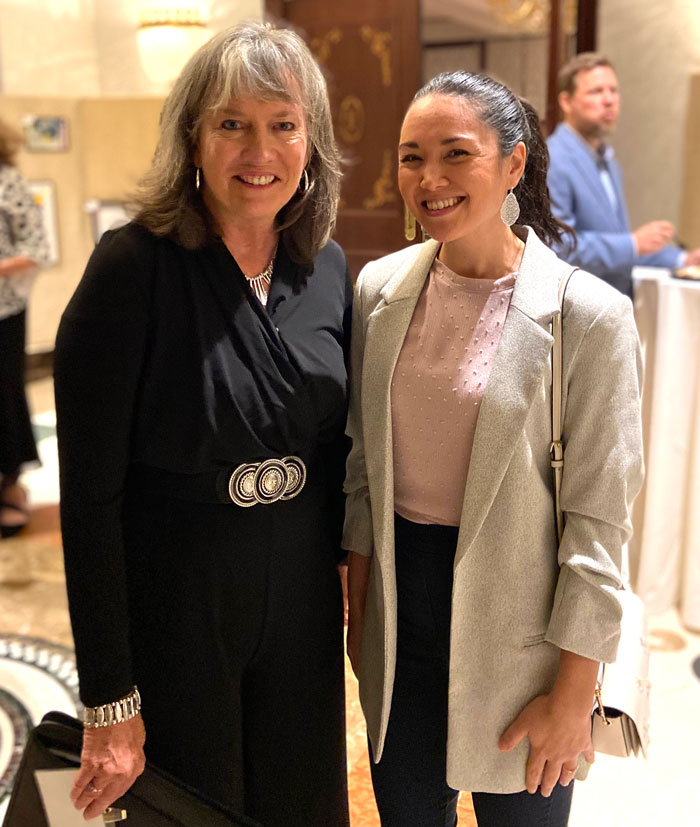 The MCDD was a sponsor of The Arc Baltimore’s largest fundraiser of the year, Art in the Round, which was held on October 21. The in-person event was held at the Grand Lodge of Maryland in Hunt Valley and featured an exhibition and auction of artwork created by artists with developmental disabilities. Nellenbach attended the event as a representative of the MCDD and met with Katy McGuire, the event’s organizer. 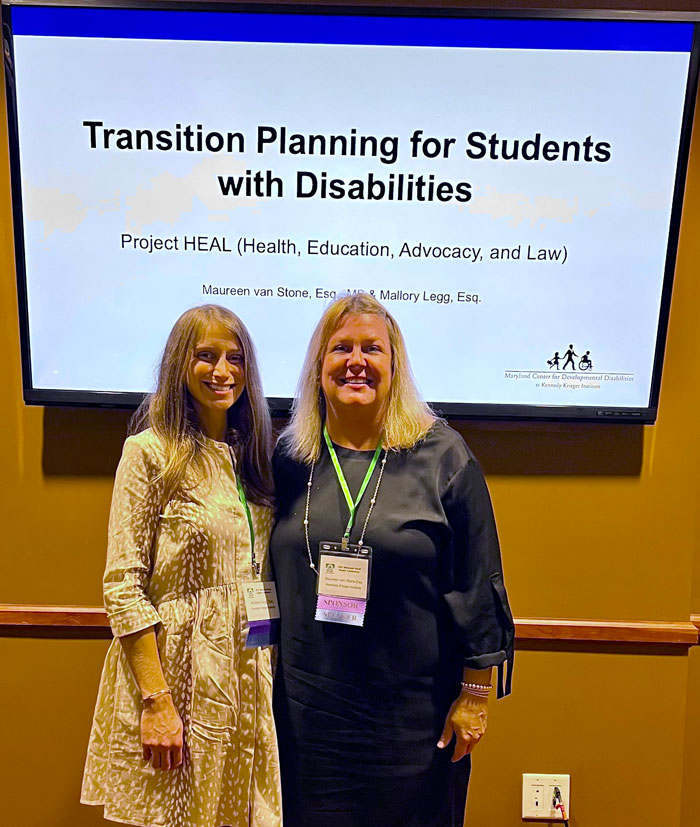 On October 26, Mason-Hale and Nellenbach co-presented an MCDD overview presentation to the Kennedy Krieger Neuropsychology Department.

On October 26, van Stone and Legg participated in the Council of Parent Attorneys and Advocates’ Attorney Roundtable: Restraint and Seclusion event.

On October 28, the MCDD was selected as a Kennedy Krieger Institute Quality and Safety Champion and recognized at an in-person event, celebrating all those who were selected. The MCDD received this recognition because of an outstanding commitment to ensuring quality and excellence, as evidenced by a quality improvement project that was presented to the Clinical Quality and Innovation Committee (CQIC).

On October 31, Dr. Ofonedu attended a kick-off meeting for the Johns Hopkins Bloomberg School of Public Health’s newly awarded, five-year $11.7 million grant that aims to build and lead the Autism Center of Excellence (ACE) network. The grant was awarded by the National Institutes of Health (NIH) and the network will aggregate global research projects studying gene-environment interaction to understand causes of autism spectrum disorder and to improve quality of life among individuals with autism. Dr. Ofonedu is on the network team as a representative of the MCDD and will help develop and implement a pipeline for outreach and dissemination of findings that inform action, drawing from a multipronged communication strategy. The grant announcement can be viewed here.

On November 2, Dr. Ofonedu presented an interactive webinar, “Cultural Perspectives on Disability and Engagement of Culturally Diverse Populations in Research and Treatment.” This training was sponsored by the Center for Autism and Related Disorders (CARD) and the MCDD.

On November 2, Legg organized a lunch and learn session, “Maryland’s New Supported Decision-Making Law: What You Need to Know.” The virtual session was presented by Megan Rusciano, managing attorney at Disability Rights Maryland. Attendees learned about Maryland’s new law that went into effect on October 1, 2022. 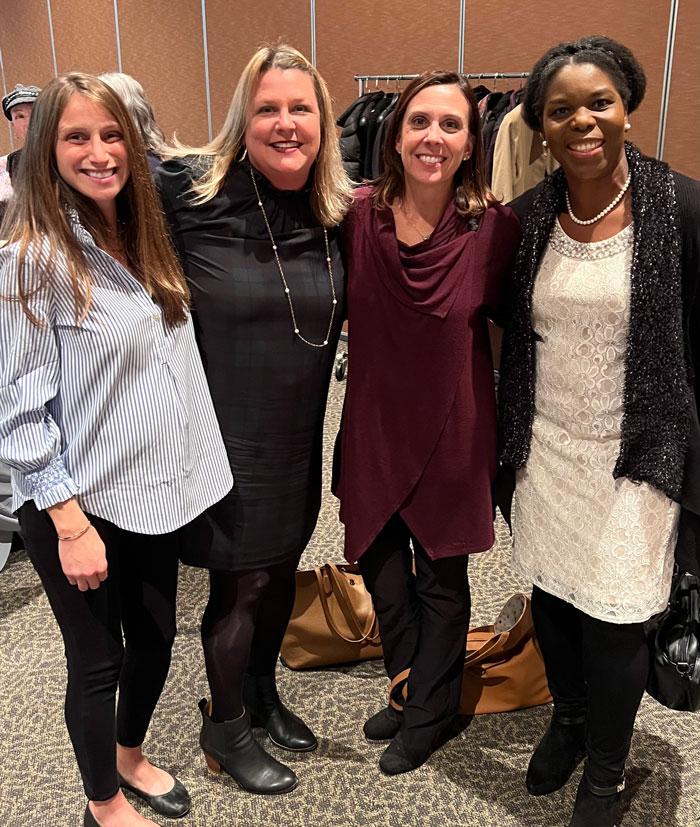 On November 9, van Stone served on a panel to discuss a private screening of the award-winning documentary “In A Different Key,” hosted by Kennedy Krieger Institute at Loyola University Maryland. The film tells the true story of a woman who sets out to find the first person ever diagnosed with autism spectrum disorder, an 88-year-old man living in rural Mississippi. The film debuted nationwide on PBS on December 13. Legg, Dr. Ofonedu and Beth Benevides also attended the event. 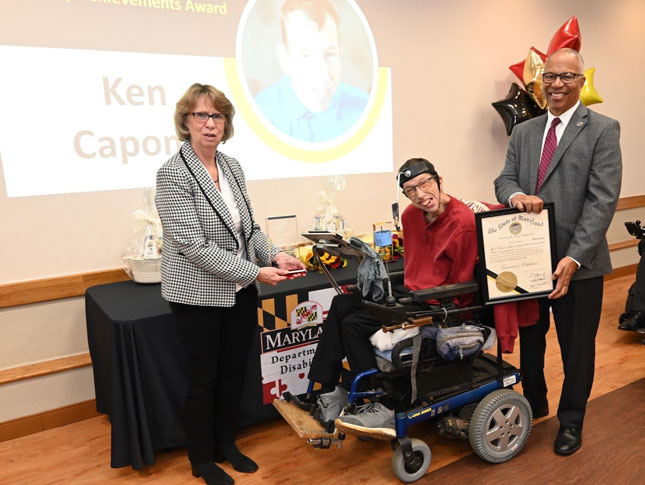 On November 17, van Stone and Legg gave a virtual presentation, “Evolving Trends in School Discipline,” at the Ohio Center for Autism and Low Incidence conference, OCALICON. The presentation examined the impact of disproportionate discipline on students with disabilities and students of color. 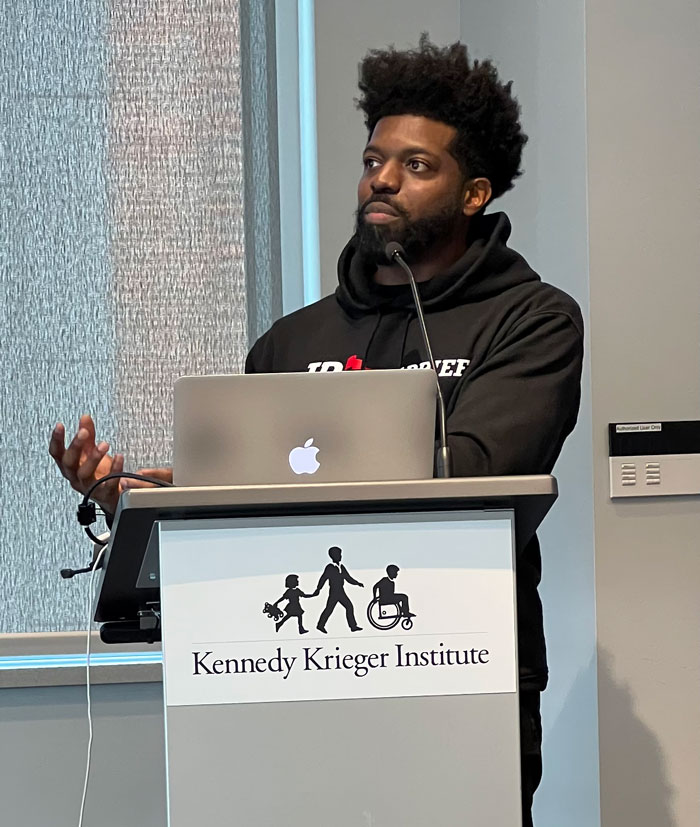 On November 28, the MCDD sponsored an in-person event, “A Conversation on Inclusive Health with CBS Radio and Special Olympics,” and provided a pizza lunch. This event, a collaboration between Special Olympics and the CBS Sports Radio show, JRSportBrief, highlighted the importance of inclusion, especially in the healthcare system. Following the event, CBS recorded a five-minute segment that later aired on the JRSportBrief show.

On November 29, the MCDD sponsored a virtual webinar, “Supporting Parents and Caregivers of Students with Disabilities: How Schools and Service Providers Can Help.” Dr. Ofonedu moderated the panel discussion, which focused on sharing practical strategies and best practices for improving systems of support for parents and caregivers. The panelists included Mason-Hale; Rene Averitt-Sanzone, executive director of The Parents’ Place of Maryland; Dr. Terri Savage, executive director of the Department of Special Education for Howard County Public Schools; Beth Benevides, chair of the Community Advisory Council (CAC) and LEND (Leadership Education in Neurodevelopmental and Other Related Disabilities) Family Faculty; and Karen Duffy, chief program officer of Maryland Coalition of Families. 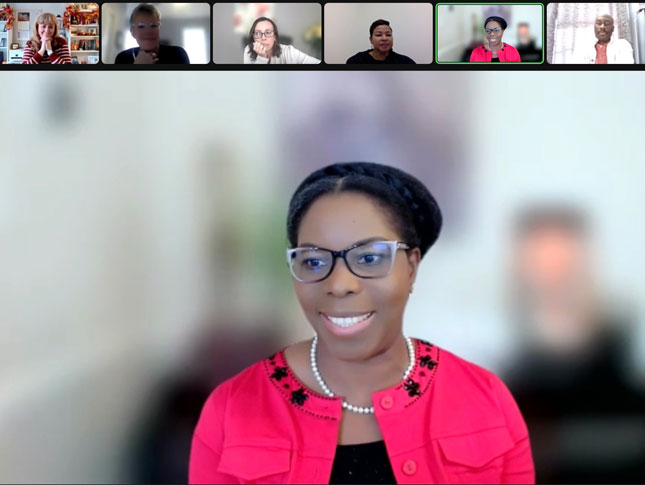 On November 30, van Stone participated in the Council of Parent Attorneys and Advocates roundtable on “Transition Planning for Students with Disabilities.”

Also on November 30, van Stone participated in On Our Own of Maryland’s webinar, “Understanding Your Rights in the Involuntary Commitment Process.” Attendees of the webinar learned about legal rights in the Emergency Petition and Involuntary Admission processes and how the Office of the Public Defender can assist with resources and representation.

On December 1, Legg gave an in-person presentation summarizing Project HEAL’s work on the 2022 SpArc Tank grant at the SpArc Innovations grant event in Columbia, Maryland. Applicants chosen for a second round of review to receive a grant through SpArc Tank, a project through The Arc Maryland, were in attendance to present their proposals for the upcoming grant cycle.

On December 2, Rachel Northrop, a research coordinator on the MCDD’s RADx-UP project, presented a poster, “Supporting the Well-Being of Children with Disabilities During the COVID-19 Pandemic,” at the 2022 TASH (The Association for Persons with Severe Handicaps) Conference in Phoenix, Arizona.

On December 5, Dr. Ofonedu gave a presentation to the Kennedy Krieger Pediatric Psychology Consultation Clinic about different cultural perspectives on disability and practicing through a cultural lens. 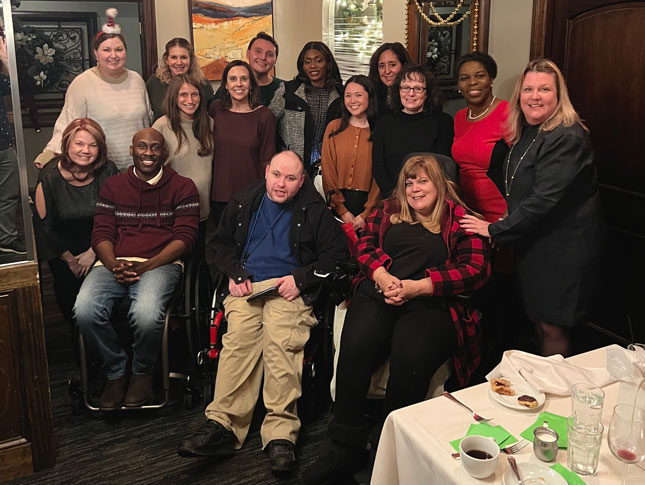 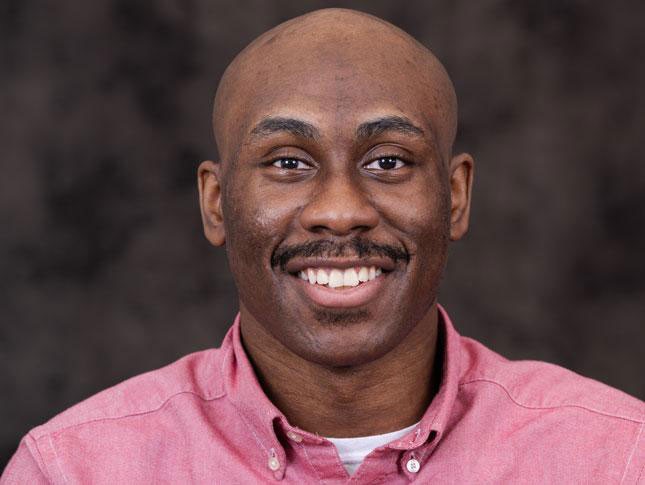 The MCDD is excited to announce several recent special occasions.

This November, Dr. Ofonedu became a first-time grandmother to a healthy baby boy. The family was happy to celebrate the safe delivery of this new addition to their family. 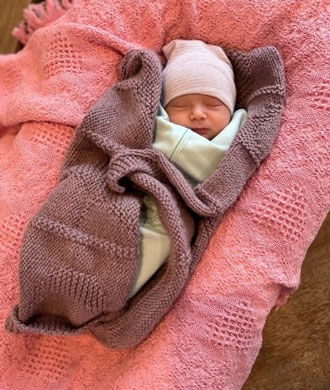 On December 22, Legg gave birth to a beautiful baby girl, Lucy Prechtl Legg. She weighed 6 pounds and 10 ounces and she was 19 inches long. Welcome, Baby Lucy!