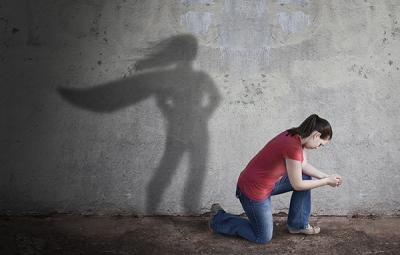 Part of contemporary social culture chronicles the exploits of comic book superheroes. There is a celebration of their unique super powers and their noble stands against evil. It is identification with this storytelling that allows the bullied to feel triumph over their oppressors. Superheroes serve a grand purpose.

So is it any wonder that children and parents alike wish to embrace the more capable aspects of an ADHD (attention deficit hyperactivity disorder) diagnosis and think of them as “super powers”?

A blog post by a member of an online group (totallyadd.com) that supports adults with ADHD and ADD (attention deficit disorder) offers distinct disclaimers before discussing the so-called super powers of an ADHD diagnosis. These disclaimers are worth mentioning and are paraphrased below:

ADHD is not a gift. It is not a blessing. Nor should you be envious if you don’t have profound problems with focus, attention, restlessness, follow-through, distractions, memory, procrastination and regulating emotions.

The organization goes on to explain the sabotage that can occur in multiple facets of an adult’s life for those 4 to 5 percent of adults with an ADHD diagnosis.

Dr. Alison Pritchard shares with parents the possible adult consequences that can occur for children diagnosed with ADHD who go untreated, but she also offers hope.

Her stance is quite simple: With proper counseling, self-management techniques, and ongoing intervention and supports, a child can learn to lead a fulfilling life with ADHD. She counsels parents to “hope for the best but prepare for the worst.” It is a delicate balance to illustrate the downsides of ADHD while conveying a realistic hope that these downsides can be successfully negotiated—with appropriate treatments.

What About the ‘Super Powers’ Claim?

One misnomer about ADHD illustrates this point. Children with the diagnosis are often described as having “deficits in attention,” when in actuality, some of them are able to hyper-focus intensely on what interests them. ADDitude magazine calls this symptom an aspect of an “interest-based nervous system.” That is, children with ADHD are often able to attend adequately to things that are of interest to them, but they tend to have greater difficulty than their peers with focusing their attention on less interesting tasks.

This difficulty applying attention consistently might be the result of increased distractibility or impulsivity. However, under certain conditions, children with ADHD seem to be able to hyper-focus and apply their attention quite fully to a given task, particularly if the task is interesting to them.

Brain scans (functional MRI) have uncovered differences in activity levels between a typical brain and the brain of a person diagnosed with ADHD. On average, certain areas of the latter brain show over-stimulation while at rest and under-stimulation when on a task, which may have significant implications for the child’s ability to allocate attention appropriately (for example, to pay attention in class).

When was the last time you felt restless in your conference room chair while a work meeting ran extra- long or stretched into boredom? You might say you used your own super power—patience—to override your need to get up and leave.

Dr. Pritchard is an expert in ADHD interventions that can help children diagnosed  with ADHD function better. As a psychologist, she does not prescribe medication, but she does report that ADHD medications truly help reduce symptoms in many children, and with only limited side effects.

Recognizing that medication does not fully normalize functioning or address co-occurring impairments, however, she further advocates, in conjunction with medication, practicing specialized behavior modification techniques, wherein a child sees his or her own challenges in very realistic ways (thereby gaining self-knowledge) and learns to manage the challenges of ADHD by adjusting behaviors and environments.

But, going through the treatment process and gaining a better sense of self in relation to one’s ADHD diagnosis may result in that person becoming a more insightful and self-governing individual, and this may be the true super power of ADHD.

Dr. Pritchard has completed preliminary research on the effectiveness of neuropsychological assessment in the identification and treatment of youth with ADHD. As medicine in general bends to adopting evidence-based protocols, the need to prove what works is of special interest in all fields. Dr. Pritchard’s research examines the impact of comprehensive neuropsychological assessments and finds that they improve symptom management as well as quality of life for youth diagnosed with ADHD (as compared with a control group).

Other characteristics sometimes attributed to individuals with ADHD include being super-intuitive and possessing a highly creative mind. While Dr. Pritchard agrees that these are common ideas, she says they are true only for some patients, and not all. As studied as these attributes are, “the research isn’t there yet,” she says. “The existing research does not, overall, support the idea that the average child with ADHD is more intuitive or creative than the average typically developing child.”

When an ADHD nervous system allows in more “noise,” it also allows for more data to be considered – data that is not always seen or evaluated by individuals who screen out information differently. This may account for intuitive insights exhibited by some individuals with an ADHD diagnosis.

It is important to remember that two factors mitigate ADHD challenges, perhaps changing certain symptoms into something more useful or desirable. These are context and execution.

A ‘super power’ can become a problem if exhibited in the wrong context. For instance, impulsivity, a common symptom of many with the diagnosis, is not preferred when driving through an intersection or when playing chess. However, it might be a preferred attribute in a context like improvisational comedy.

How treatment is executed can also mitigate ADHD challenges. Dr. Pritchard stresses that the execution of a treatment plan requires a coordinated team consisting of the child, his or her parents, other caregivers, psychologists and other professionals. The impact of a neuropsychological assessment can best be felt if the child’s entire team is active in its treatment recommendations. Execution of the recommended treatment plan can make a huge difference to a child diagnosed with ADHD.