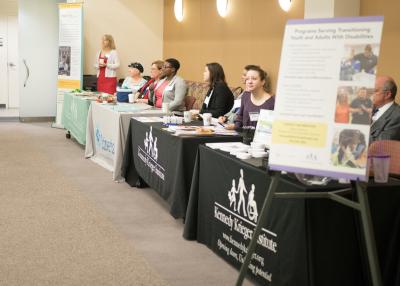 For decades, neurotypical brain wiring has been the model through which social and work environments have been evaluated. Only recently have we begun to realize that some of the characteristics of individuals with neurodivergence can be channeled positively and productively in a business setting.

It’s estimated that about 2 percent of the population has an atypical neurological structure—about 50,000 individuals with autism graduate from high school each year. More than 58 percent of early-20-something-year-olds with autism are unemployed, and that figure is as high as 80 percent when including all adults with autism. Even those who manage to secure a job are usually under-employed, working part-time jobs with no benefits, and often earning only the minimum wage or nothing at all.

Neurodiversity … includes an exploration of what have thus far been considered mental disorders of neurological origin but that may instead represent alternative forms of natural human difference.

Individuals with neurodivergence can include those diagnosed with attention deficit hyperactivity disorder (ADHD), social anxiety disorders, autism, dyslexia or other conditions. Perhaps these neurological differences are normal, natural variations in the human genome that don’t need to be cured or fixed—an individual with these differences may simply require different accommodations or extra assistance. Perhaps these differences can yield dividends.

Research on collective intelligence released several years ago by Carnegie Mellon University demonstrates that diverse teams perform better. Other research shows that some conditions, including autism and dyslexia, can bestow special skills in memory, mathematics or pattern recognition. And a recent Harvard Business Review article explained how neurodiversity can provide a competitive advantage. When the end goal is to become not just inclusive but more competitive on the world stage, neurodiversity should be considered part of the strategy.

Since the late ’90s, neurodiversity has been written about extensively, and several U.S. corporations have sought to recruit individuals with neurodivergence as part of their overall hiring practices. Software company SAP started a neurodiversity program and began hiring individuals with autism to perform software testing and analytics. The company’s staff now includes about 100 employees with autism, some with advanced degrees. Hewlett Packard Enterprise (in its Dandelion Program in Australia) and Microsoft have also taken the lead on neurodiverse hiring.

Tax advisory company EY (formerly Ernst & Young) currently employs several accounting support associates who have autism. EY found that having colleagues with autism challenged the office’s status quo and made it easier for employees—both neurotypical and with neurodivergence—to broach questions about whether management strategies were effective and logical.

Still, individuals with neurodivergence often struggle to fit the profiles sought by perspective employers, and they have difficulty navigating the typical interview process. Just the social and communication impairments characteristic of autism alone can render a candidate unacceptable to an interviewer. A delay in speaking, challenges with reciprocal interaction, difficulty following social rules and cues, and repetitive use of language are just some of the tendencies that can eliminate a candidate with autism from consideration for a position. Revamping traditional interview techniques and overall social expectations can help improve interview outcomes for individuals with neurodivergence.

Neurodiversity may be every bit as critical for the human race as biodiversity is for life in general. Who can say which form of [brain] wiring will prove best at any given moment?

– Journalist Harvey Blume, whose article in a 1998 issue of The Atlantic popularized the concept of neurodiversity in the U.S.

And then there are the challenges that can occur once a person is hired. These challenges can include complex body movements; auditory, visual or scent sensitivities; and a need for sameness resulting in inflexibility, and are unique to the individual employee. However, if that person’s colleagues are trained in what to expect and how to approach some of these differences, the benefits to a company and its overall corporate culture can be considerable.

Many innovative human resource professionals have developed employee and supervisory training programs or designed new positions and job descriptions that will help departments employ and make entry transitions smoother for new employees with neurodivergence. Yet myths about people with autism persist. People with autism can do more than just entry-level jobs. It’s a myth that they have a low IQ and can’t learn, or that they can’t live independently or don’t want friendships. Training coworkers about this can help dispel these myths.

Employees with autism or other forms of neurodivergence are trustworthy and conscientious, and many have superior pattern detection, a passion for detail, stamina for repetition, and incredible focus. It may take a tad longer to train them on a specific task, but their mastery and memory recall are considerable. Hiring people with autism can enhance team relationships and boost employee engagement—which, in turn, boosts overall productivity and profit.

Neurodiversity: The range of differences in individual brain function and behavioral traits, regarded as part of normal variation in the human population (used especially in the context of autism; can also include people with dyslexia, attention deficit disorder and other neurological conditions).

Neurodiversity movement: A social movement promoting the neurodiversity paradigm as something useful to society.