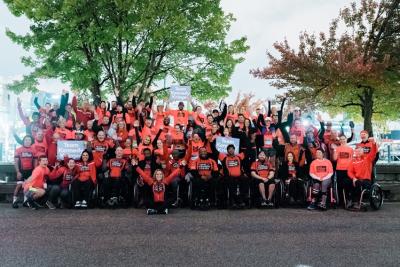 On Saturday, October 20th, Kennedy Krieger Institute marked Lucky Number 7 at the Baltimore Running Festival. Patients, staff members, family, and friends took to the streets of Baltimore to participate in this year's race. On the team were a number of patients who completed everything from the 5K up to the full marathon. On Friday night, Team Kennedy Krieger members were able to enjoy a hearty pasta dinner that was provided by Sabatinos Restaurant. This allowed people to fuel up on carbs, meet other team members, and hear how the money raised has impacted the lives of patients seen at Kennedy Krieger Institute. Erin Michael, chair of Team Kennedy Krieger, announced that we have officially raised more than $750,000 over the past 7 years.

Thank you to our participants, volunteers, donors and supporters, near & far! This team does not exist without every single one of you! We truly cannot express our gratitude to each of you: there are not enough words. 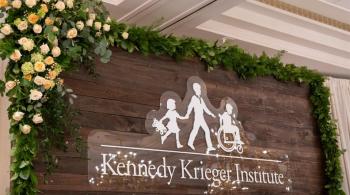 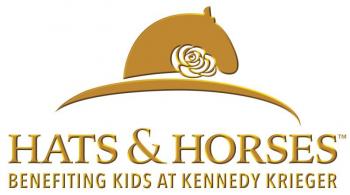