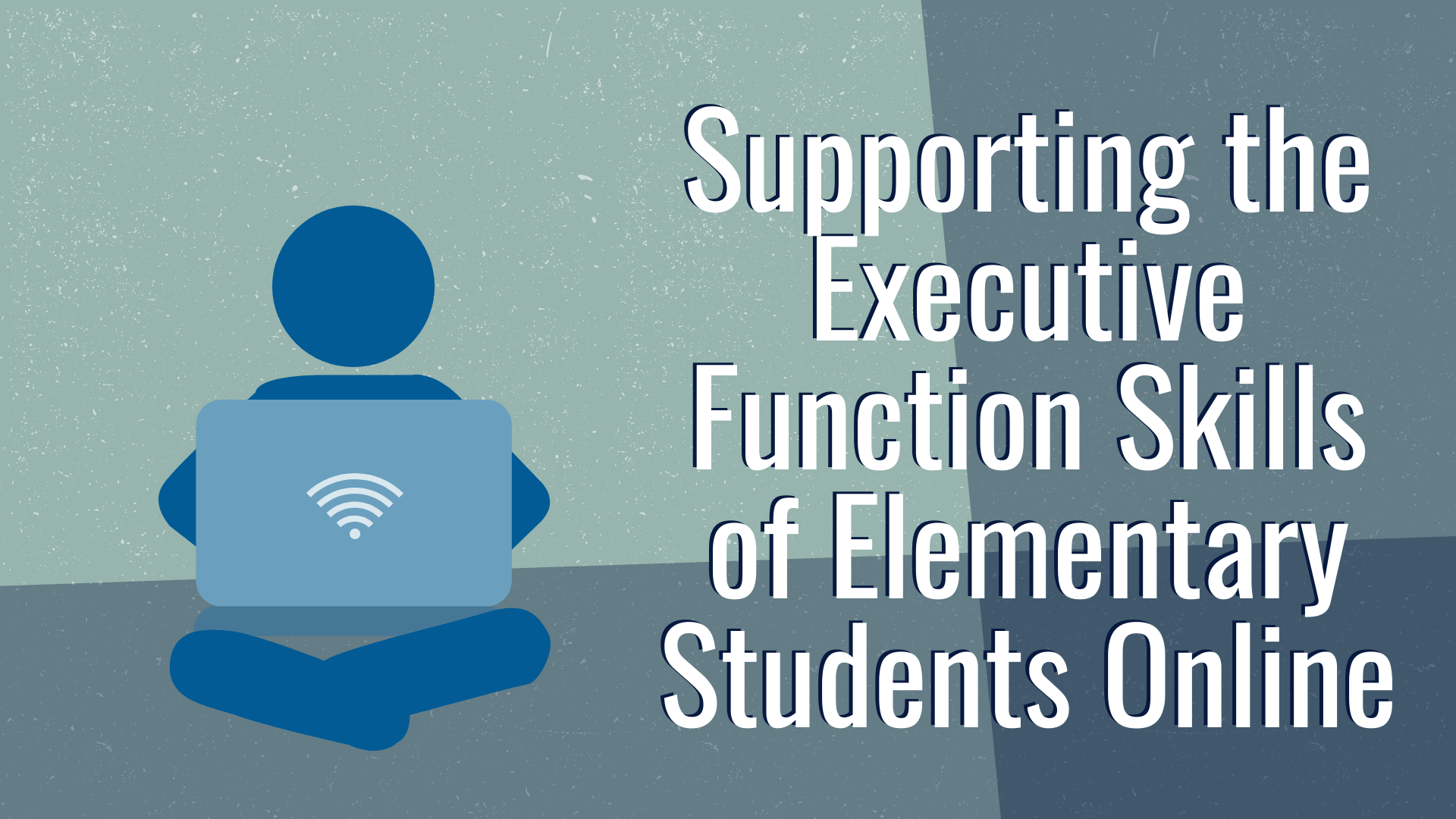 Lisa Carey, Assistant Director of the Center for Innovation and Leadership in Special Education interviewed Tracy Pendred, a fourth and fifth grade Math and Science Lead Teacher at City Neighbors Charter School  in Baltimore, Maryland, to find out how elementary school teachers are thinking about student executive functions during online learning.

LC: Today, I’m talking with Tracy Pendred, an elementary math and science teacher in Baltimore City, about her experience with the move from in-person teaching to remote learning online during COVID school closures in the spring of 2020.  Hi Tracy!

TP: Hi, happy to chat about my experiences this past school year.

LC: Why did you decide that it was important to support student executive functions during online learning?

In the digital format, it was easier for students to lose track of what was being assigned because it was not right in front of them. They had to go looking for it in files and among multiple links. They were also more likely to get distracted.

As teachers, we also noticed that we needed to look after our own executive function.  If we were having trouble keeping up with assignments or posts, students most likely were too.

L.C. What were some indicators that your students needed executive function supports?

TP: When we switched to online learning, many of the students who had excelled with executive function supports in the classroom were suddenly struggling.  We noticed absences during synchronous meetings. Student work was incomplete and clearly not their typical best attempt. We could see that students had completed work within the various sites we were using, but many students had not remembered to click the "Turn In" button.  This made it clear that we needed to focus on clear and concise directions, reduce the platforms we were using, and build routines to better support student executive function.

L.C. Can you describe the steps you took to reduce the executive function demands of your digital learning environment?

TP: The first step we took was to minimize the number of platforms that needed to be navigated. As a team, we decided on Edmodo as a landing page with directions, announcements, and a list of hyperlinked assignments for the week. The assignments lived in either Flipgrid or Google Classroom.

Next, we focused on removing the daily assignment that needed to be submitted the same day. We wanted to slow down and give students and their families support to organize their thinking and their materials.

We sent out descriptions and directions for two weeks of assignments on Sunday afternoons. This allowed students (and sometimes parents) to preview the coming weeks and arrange to attend set “office hours” video chats. Students and parents could also send emails to ask questions, get clarification and receive help in planning how and when they’d complete the assignments.

We also emailed weekly newsletters to keep families in the loop and used Google Calendar to help everyone stay organized.

Assignments were listed in Google Classroom with a due date that showed up on their class Google Calendar. This calendar could be viewed by students and parents at any time. It was also linked from the Edmodo page so that no matter which platform the students were using, they could see the assignment and due dates.

Our final step was to add in pre-recorded lessons to model tasks.  By using pre-recorded videos, students could watch and re-watch the example and directions as many times as they needed (this helped minimize working memory demands). The videos also limited the amount of synchronous meetings we held and enabled parents to view the model and assist their children.

LC: As you and your students got more familiar with teaching and learning online, how did you go about making changes to your learning environment to better support executive function?

TP: Our team of teachers met often to discuss what was and wasn’t working online.  We decided early on to stick to Edmodo and Flipgrid for assignments. We felt that these platforms were user friendly and could be accessed from various devices. Many of our parents are in Facebook groups with each other, so Edmodo’s similar set-up reduced the executive function demands for the parents.

We found Flipgrid to be intuitive for our students. Posting videos for the class to see was like collaborating from afar. Each time one of the students learned how to apply a new feature, it was only a matter of time before they taught the other students to do it as well.

As time went on, we noticed that the fourth and fifth graders were requesting a checklist in some form, so we added those as well.

LC: Were checklists a part of your in-person classroom that your students were used to?

TP: Yes, checklists had been part of our daily routine in-person. We’d spent time in the past two years thinking about how to support student executive function,  so there were always step-by-step tasks lists.

We found that this helped our students sustain independence, especially students who may not remember multi-step directions. It also prevented the teacher from being the only person who knows what comes next.

Our team didn’t checklists right away, but our students knew to ask for that support. It was heartening to hear students ask for the supports they know worked for them.

LC: What other familiar and practice elements did you bring from your in-person teaching into your online classroom?

TP: We started using the Google Classroom platform because the students had some experience with other Google applications. We did this as a slow rollout. We talked about it during each of our synchronous sessions. We invited each student by email to sign up for their two Google Classrooms.

Over a two-week period, we asked them to sign in and complete an introductory assignment - nothing academically heavy, just a sign that they had successfully navigated the platform.

TP: Thanks!  During this time, we were also communicating with parents via email, text, and office hours. If a student continued to struggle with navigating the platform, they stayed on at the end of a live meeting so that the teacher could share their screen and walk them through step by step.

LC: I like how you involved the parents in supporting their children’s executive function skills. And the use of modeling when students became overwhelmed with new tasks is also a great idea.

Were there students who still struggled, despite your efforts to focus on student executive function?

Instead, a small group of students received a weekly email with a hyperdoc schedule that linked to each meeting and assignment for the week. Rather than ask these students to complete their work in the two-week time frame, they were guided to work on specific tasks each day. This improved their meeting attendance and work completion overall.

LC: So, you’re saying that some students needed different levels of independence and that you created different pathways based on their executive function needs?

TP: Exactly. Just like in-person, our students approached the content and tasks with varying levels of independence. Some of our students needed to go at their own pace either due to their home situation or the way that their brain processed everything. Other students required more contact and guidance than they would have in-person. We did our best to use the technology at our disposal to support everyone’s experience.

LC: What tips do you have for elementary school teachers who want to better support student executive function in an online setting?

TP: I have three tips for my fellow elementary school teachers:

Build relationships: Our team found the most success with students and families with whom we had already established relationships. When we had strong relationships with students, they were more likely to attend synchronous meetings and come to office hours to ask questions. Calling and speaking with each family was important to us to hear their specific situation. Making students feel comfortable made it easier for them to ask for help.

Pick your platforms wisely: We agreed early on that fewer was better. While there are many digital platforms out there, it came down to what we were asking students to do. If that task was to explain a math problem, would the platform allow them to do that? Or would it provide unnecessary barriers like having to learn how to edit a video?

Communicate just enough: Communication and consistency became our mantra. We aimed to strike a balance between keeping everyone on the same page and not overwhelming everyone involved.

LC: Thank you so much for sharing your online teaching and learning journey! 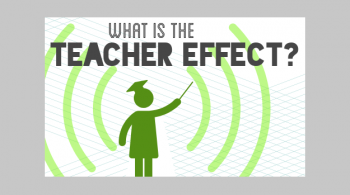