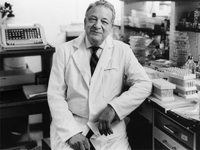 By the 1960s, the Institute was widely recognized as a leader in the field of developmental disabilities. It was during this time that landmark legislation championed by the Kennedy family produced the first federally-funded grant to expand professional training, as well as the care, services, and support the Institute could provide for individuals with developmental disabilities.

Due to the enactment of Public Law 88-164, and the unprecented funding bestowed upon the Institute in 1963, the Institute relocated to 707 N. Broadway where it became known as the John F. Kennedy Institute for the Habilitation of the Mentally and Physically Handicapped Child, a nod to the late president's profound commitment to the disability community. During this time, the Institute significantly expanded its scope of programs and services to address a broader range of conditions such as brain damage, genetic defects, neurological illness, behavioral disorders, and other intellectual disabilities.

The national Kennedy Scholars program, which provided funding for young researchers interested in exploring the biological questions that might shed light on the causes of developmental disorders, helped fuel the careers of talented individuals who would later become eminent scientists and leaders in the field. 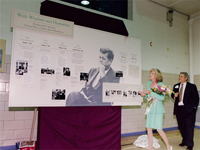 During the next decade, the passage of federal laws protecting the rights of individuals with disabilities and mandating training and education programs created new opportunities for expansion. In this new environment, the Institute's education program rapidly expanded when state and local governments requested assistance in meeting the federal mandate to provide students with disabilities an appropriate public education in the least restrictive environment.

Toward the latter half of the 1980s, the Institute was designated as a Mental Retardation Developmental Disabilities Research Center (MRDDRC), now known as an Intellectual and Developmental Disabilities Research Center (IDDRC), and represented one of the nation's first and foremost sustained efforts to prevent and treat disabilities through biomedical and behavioral research. Generous federal funding for research during this time fueled a new era of discovery into the genetic causes of intellectual disability with NIH grant funding exceeding the $1 million mark for the first time in its history, an impressive amount at the time. 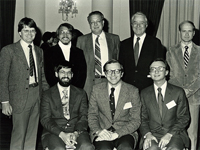 The Institute's new Broadway location adjacent to Johns Hopkins Hospital, with its state-of-the-art therapeutic facilities, laboratories, and training programs, enabled its physicians, therapists, educators, and other dedicated professionals to provide greatly enhanced care and services to thousands of children each year.

It was also during this time that the Institute launched many of its major programs, including its Neurobehavioral Unit, the Family Center, and the Learning Disabilities Research Center.

Throughout this period of explosive growth, the Institute's core mission remained unchanged: To provide the best possible care for its patients and families, while advancing knowledge through cutting-edge research and training of the next generation of physicians, scientists, therapists, teachers, and other professionals in the developmental disabilities field.