Kristen, a former competitive gymnast, has “always been our firecracker,” says her mom, Michelle.

But in April 2015, Kristen, now 23, came down with an infection that led to sepsis, and then to transverse myelitis and paralysis in her legs.

Kristen and her family, who live in Tennessee, were told by more than one doctor that she wouldn’t walk again. “That’s a really tough prognosis to hear,” Michelle says.

They chose not to give up. A family friend suggested they book an appointment at Kennedy Krieger Institute.

When Kristen rolled her wheelchair into Kennedy Krieger’s International Center for Spinal Cord Injury and saw “hope” written all over the walls, “I knew that this was the place to be,” Kristen says.

Over the past year, she’s participated in a variety of intense therapies at the spinal cord center, making great strides in her recovery.

Kristen’s therapy regimen includes a lot of activity-based restorative therapy, also known as ABRT, which reinforces, through repetitive motions, movements the body used to be able to do before an injury, Miller explains.

For example, Kristen uses an exoskeleton—a sort of high-tech suit—to practice the movements required for walking. The G-EO gait trainer, which allows a person suspended in a harness to go through the motions of walking, has also been a big help, as has the Institute’s special aquatic therapy pool, with its built-in treadmill. The exoskeleton, gait trainer and pool allow Kristen to practice walking without needing to stand up to gravity.

By last October, Kristen was ready to take on a new challenge. With the aid of a walker, she participated in the Baltimore Running Festival’s 5K.

“I actually walked a 5K, when I can’t even feel my legs, and just a few months prior, I wasn’t given much hope of recovery,” Kristen says. “And then, I ended up crossing the finish line with my physical therapists by my side.”

“I’ve never seen her push as hard” as she did in the 5K, Miller says. When she crossed the finish line, “everybody was crying. It was amazing. She definitely inspired a lot of people that day.”

Now that Kristen has proven to herself that she can walk again, she’s not giving up on her long-held dreams.

“There’s a lot of things that I want to accomplish in my life,” she says, including graduating from college, getting married, dancing at her wedding, and having children. But now, she has a new goal to add to that list: She wants to make a difference in the world by encouraging acceptance of people with disabilities.

Thanks to all that she’s been through and learned over the past two years, she knows she can do it, too.

“No matter what life throws at me, I always have a choice to face it with a positive attitude,” she says, “to keep striving to accomplish my purpose in life and continue embracing obstacles while allowing them to support my growth.” 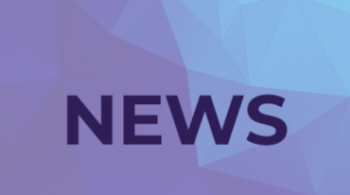