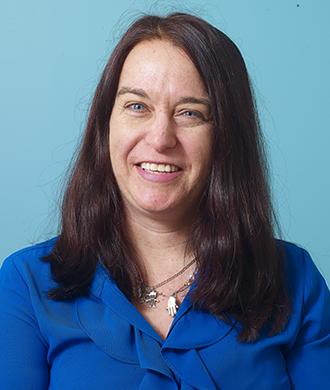 Lee E. Wachtel, MD, is the medical director and an attending child psychiatrist of the Neurobehavioral Unit at the Kennedy Krieger Institute. She also directs consultation-liaison psychiatry services for the Rehabilitative Unit. She is a professor in the Department of Child and Adolescent Psychiatry at the Johns Hopkins University School of Medicine.

Dr. Wachtel received her undergraduate degree in Romance Languages and Literatures from Princeton University, with a major in French Language and Literature. In 1993, she graduated summa cum laude as a member of Phi Beta Kappa. She received her medical degree from the Johns Hopkins University School of Medicine in Baltimore, MD in 1998. She completed general psychiatry training at the Karl Menninger School of Psychiatry in Topeka, KS, and at the University of Maryland/Sheppard Pratt psychiatry residency training program in Baltimore, where she also completed a fellowship in child and adolescent psychiatry. She joined the Kennedy Krieger Institute in 2003 as a medical staff member and attending psychiatrist and became the medical director of the neurobehavioral unit in 2004.

Dr. Wachtel is licensed by the state of Maryland as a physician and surgeon, and is board-certified in child, adolescent and adult psychiatry. She is a member of the Kennedy Krieger Institute's Pharmacy and Therapeutics Committee.

In addition, Dr. Wachtel is investigating the intriguing concomitance of autism and catatonia, a neurobiological condition characterized by motor, speech and behavioral abnormalities. Traditionally associated with mood and psychotic disorders, catatonic symptoms may occur in up to 17 percent of patients with autism, and necessitate rapid recognition and treatment. Dr. Wachtel is particularly interested in the role of electroconvulsive therapy (ECT) in the resolution of catatonia in autism.

Dr. Wachtel is also pursuing -- with colleagues at Kennedy Krieger Institute -- the combined usage of psychopharmacological and behavioral treatment modalities in the resolution of severe problem behaviors, such as self-injury and aggression, in children and adults with various forms of developmental disabilities.