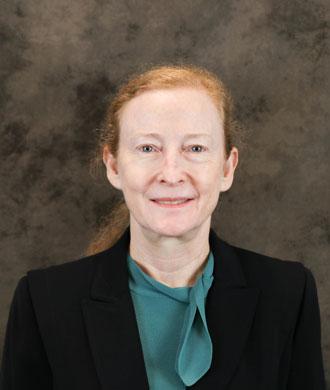 Dr. Elaine Tierney is a research scientist at Kennedy Krieger Institute. She is also an associate professor of Psychiatry at The Johns Hopkins University School of Medicine.

Dr. Tierney received her bachelor's of arts from the University of Florida and her medical degree at the University of South Florida in 1989. After completing a transitional residency at Cook County Hospital in Chicago and a general psychiatry residency at Johns Hopkins Hospital, she accepted a child and adolescent psychiatry fellowship at Johns Hopkins Hospital. She formerly served as the medical director of both Kennedy Krieger's Neurobehavioral Unit and its Center for Autism and Related Disorders, and as the director of the Department of Psychiatry. She continues to serve in the Neurobehavioral Unit. Dr. Tierney is a pediatric and adult psychiatrist with a special interest in autism, genetic, metabolic and neurological disorders that cause behavioral disturbances. Dr. Tierney is a member of the American Academy of Child and Adolescent Psychiatry, the American Psychiatric Association, the Maryland Psychiatric Society, and the Maryland Regional Council of Child and Adolescent Psychiatry.

Current statistics predict one out of every 68 children is destined to develop autism spectrum disorder (ASD). ASD is an incapacitating, lifelong developmental disability that typically appears within the first three years of life. It is the result of a neurological disorder that affects the functioning of the brain. Individuals with ASD frequently exhibit developmental delays in physical, social and language skills, have abnormal responses to sensations, communicate unusually and have abnormal ways of relating to people, objects and events in the environment. The condition is four times more likely in boys than girls, and sometimes occurs in association with other disorders.

Dr. Tierney works along with behavioral psychologists, neurologists, developmental pediatricians, nurses, communication specialists, educational specialists, social workers and occupational therapists to create treatments for individuals with ASD. Previously, her research had included the Research Units on Pediatric Psychopharmacology (RUPP) Multisite Project in autism, funded by the National Institute of Mental Health. The RUPP at Kennedy Krieger has completed double-blind, placebo-controlled studies of the use of risperidone and methylphenidate, and an open-blind study of the use of guanfacine in children and adolescents with ASD.

Dr. Tierney investigates the presentation of ASD in individuals which have metabolic disorders (conditions in which chemical pathways in the body are not working properly). These conditions include mitochondrial disorders, Smith-Lemli-Opitz syndrome (SLOS) and other sterol disorders.

Dr. Tierney and colleagues published a paper in 2006 in the American Journal of Medical Genetics Part B (Neuropsychiatric Genetics) in which they describe the finding that a small subgroup of children with autism spectrum disorders have abnormally low cholesterol levels (hypocholesterolemia). The children's low cholesterol levels were apparently due to a limited ability to make cholesterol. This finding, in concert with their work with SLOS, has led them to believe that cholesterol may play a role in the cause of some cases of autism spectrum disorder.

Dr. Tierney and colleagues at Kennedy Krieger, in collaboration with the National Institutes of Health (NIH) and the Autism Genetic Resource Exchange have now begun analyzing the genes of the children with low cholesterol. These children's genes are being compared to their parents' to determine if there are common mutations affecting cholesterol metabolism being passed from parent to child. This study is supported by funding from Cure Autism Now, Autism Speaks, and the Smith-Lemli-Opitz/RSH Foundation.