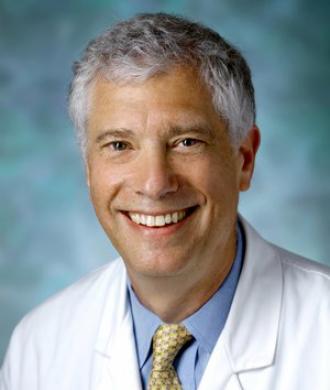 Dr. Allan Belzberg is director of the Brachial Plexus Clinic at Kennedy Krieger Institute. He is also an associate professor of neurosurgery at the Johns Hopkins University School of Medicine.

Dr. Allan Belzberg completed his undergraduate training at the University of British Columbia. He received his medical degree from the University of Calgary in Alberta, Canada. After completing a medical/surgical internship at McGill University Teaching Hospitals, Dr. Belzberg returned to the University of Calgary Teaching Hospitals for his residency and fellowship in neurosurgery. Dr. Belzberg then joined Johns Hopkins, where he completed an advanced specialty training program in pain, spine and peripheral nerve. He has received several awards, including the R. Tasker Award for Research from the Congress of Neurological Surgeons, Shared Vision Award from Neurofibromatosis Inc., Mid-Atlantic, and the Outreach Award from the United Brachial Plexus Network. Today, he is an associate professor of neurosurgery at Johns Hopkins where he serves as the director of the Peripheral Nerve Center. Dr. Belzberg is also the co-director of the Brachial Plexus Clinic at the Kennedy Krieger Institute.

Dr. Belzberg uses innovative techniques to bypass an injured nerve by using a healthy nerve from another part of the body to rewire the system. His patients, many of whom had been told that they faced certain amputation, often recover with at least partial use of the injured limb.

Dr. Belzberg heads a nationally funded laboratory at Johns Hopkins University. His team has developed a rat model that enables him to evaluate how neuromas form. He then tests new drugs and other techniques to have the nerve rid itself of the neuroma and to stop forming new ones. Dr. Belzberg is also researching ways to remove or treat the tumors of patients with neurofibromatosis and schwannomatosis while leaving the nerves intact.