Listen to this episode of "Your Child's Brain."

Alec Hoon (AH): My name is Dr. Alec Hoon and I am the Director of the Phelps Center for Cerebral Palsy and Neurodevelopmental Medicine here at Kennedy Krieger Institute. I'm accompanied today by my colleagues, Julie Cohen, who is a Senior Genetic Counselor at Kennedy Krieger and Dr. Joey Scafidi who is a pediatric neurologist. I think what we've learned is, there's extreme variability in the presentation of cerebral palsy. The other thing that I would add at the front is that cerebral palsy refers only to someone's abilities to move and ambulate. It makes no statement about their ability to think, reason, or function in society. There are people with cerebral palsy that are extremely successful in the adult world with a wide variety of careers. When we think about cerebral palsy, we're thinking in the narrow sense that it's a disorder of motor function. In truth, people with cerebral palsy can have challenges with speech and communication and thinking and these things. But the disorder itself is a disorder of motor, ability to move.

Joey Scafidi (JS): What is typically the age that cerebral palsy can begin its presentation at?

AH: That's an excellent question, Joey. It depends in a sense on the cause. What we've really learned with the advent of modern neuroimaging and molecular genetics is there's a wide variety of causes and these causes, depending on the severity and the location of the injury or the problem in brain formation, the presentation can occur at different ages. Infants with more severe degrees of motor impairment for which the term cerebral palsy would be used, it's about a year of age. Lesser degrees, more milder degrees of impairment would be one to two. Children that have very mild cerebral palsy, it can be between two and four years of age. Why is it so important, Julie and Joey, to understand the cause? How does this help families plan for their child, their future, future pregnancies, things of that nature?

JS: What happens is that when a patient has injury to the white matter or if the white matter did not develop properly that communication is occurring but at a slower rate, it's not timed appropriately. Because what these white matter does is it actually insulates. I tell parents, it's like the insulation around the electrical wires.

AH: This vulnerability injuries in the 24 to 36 week gestational period. By the time the infant comes to term, there's a different vulnerability and this shifts from wires to neurons and this leads to a type of CP. It's called dyskinetic CP. These are people that you're going to see that have movement patterns that are different from other children with twisting postures and things of that nature. This distinction is going to drive both medical as well as rehabilitative therapy. Making this distinction between spastic forms to cerebral palsy commonly associated with prematurity and these other dyskinetic forums associated with injury in a term infant or genetic metabolic diseases.

JC: The brain is such an incredible organ, [LAUGHTER] I'm a genetics person. I came into this with genetics training and not knowing much about the brain. Just over the years working with people like the two of you and learning how sensitive and delicate the brain is developing in the womb and after birth. It's really beautiful. Then also thinking about so much that needs to happen to let those wires develop and all the things that can maybe go wrong or cause problems and then result in these motor symptoms that we call CP.

AH: It's not static, but it can change over time. For example, a child with, and I don't want to focus completely on prematurity, but a child that has cerebral palsy associated with injury to the wiring in preterm birth, that child may be independently ambulatory at eight or 10 years of age and lose that skill in the teenage years not because of progressive neurologic injury, but because of shortening of muscles and tendons and the child ends up in an increasing crouch. In that sense, cerebral palsy can be thought of as progressive, but it's not progressive in the sense that there's neurologic decline. We're not thinking about a child that's going to lose profoundly function across any domain; intellectual, cognitive, language or anything like that. But we do have to prepare families, especially the children with spastic diplegia, that over time, they may lose function, they may lose functional capabilities. Highlighting the importance of ongoing care with therapists and orthopedic surgeons and neurologists and developmental pediatricians so that therapy can be really optimized and put in a perspective so you give that child the best chance to maintain functional capabilities.

JS: Understanding this developmental window of white matter development is only a new thing within the past 10 to 15 years. There still needs a lot more research to go on in this field. But definitely, there's also a lot of excitement because we're uncovering a lot of mechanisms or pathways that are important.

AH: Highlighting the importance of prenatal care and nutrition and well-being for women during this very vulnerable time when the brain is developing and trying to mitigate stress as much as possible in these very stressful times. Again, I think what we're really trying to do is push back our understanding really into the prenatal period with the hopes that we will be able to prevent preterm birth and or lower the incidence therein with the subsequent impairments that occur. Julie, you want to talk a little bit about the genetics, huh? In the 1960s, we broke the genetic material down into 46 pieces of chromosomes and now you're able to do whole exome sequencing and look at 22,000 genes in exquisite detail. How does that help a family? How does that help a couple when you're considering that there might be a genetic contribution to this?

JC: Even the question of like, what is genes have to do with it? Even when I got into this field, I didn't realize that genes were important for CP. Both of you use the word injury and sometimes there is an injury or a problem that happens during pregnancy or birth or shortly after that that damages those delicate developing brain cells. But sometimes there's not. Genetics can come in there. There's actually many different genetic disorders that affect brain development and result in the symptoms that we call CP. We've come a long way in the genetics and there's now been studies done where thousands of people with CP have had their entire genome sequenced. It turns out that as many as one out of every three people with CP actually have a genetic disorder that's the cause.

AH: Just what I'm thinking. There are two misconceptions that we wanted to get rid of. One is the misconception that cerebral palsy is related to obstetrical injury in the perinatal period. In fact, only a very small number of children with cerebral palsy is related to events during labor and delivery. The second myth we would certainly like to debunk is, because you have cerebral palsy, that means that you're going to have intellectual disability or other challenges. In fact, that's not the case. That commonly people with cerebral palsy, as I indicated to you before, can be very successful through the lifespan.

JS: That leads me to ask Julie, should all children with CP have genetic testing?

JC: Oh, another good question. We don't quite know the answer yet whether all children with CP should have genetic testing. The types of people with CP, I think most of them benefit from genetic testing now are those who don't have a history of those risk factors that you both hinted at. Risk factors like preterm birth or problems in the newborn period, or individuals whose symptoms and clinical presentation doesn't match that history. We do know that those people are the ones who are more likely to have a genetic cause.

AH: Again, I think what it highlights, Julie and Joey, is the importance of CP as a cause. Understanding this cause has important ramifications for treatment, what the future looks like, is it going to happen again? What caused it? All of these things. The things that you all are doing, pushing the field in the direction of understanding this is going to be good for children's families and for us more broadly as a society. I think the message we'd want to leave with people is, this is really a time of optimism.

JC: You've been listening to Your Child's brain. Your Child's Brain is produced by Kennedy Krieger Institute with assistance from WYPR and producer Spencer Bryan. Please join us next time as we examine the mysteries of your child's brain. 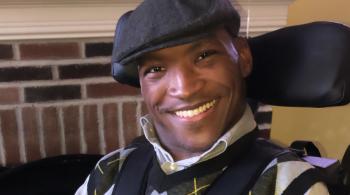 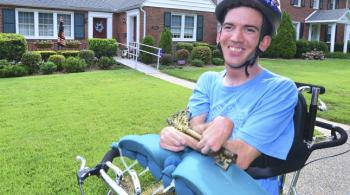