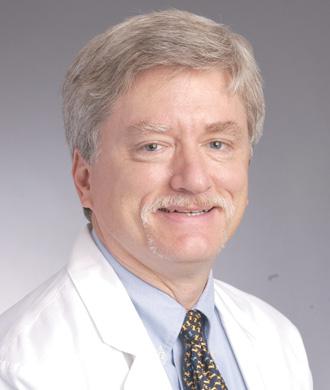 Dr. Alec Hoon is a research scientist, director of the Phelps Center for Cerebral Palsy and Neurodevelopmental Medicine and medical director of the Carter Center for Holoprosencephaly and Related Disorders at Kennedy Krieger Institute. He is also an associate professor of pediatrics at the Johns Hopkins University School of Medicine.

Dr. Hoon received a bachelor's of science from Davidson College in 1974, and a medical degree from the University of Pittsburgh in 1978. After a pediatric residency at Kosair-Children's Hospital in Louisville and two years in private practice, he completed a neonatology fellowship at British Columbia Children's Hospital and a one-year fellowship in medical genetics at the Affiliated Hospitals in Vancouver, Canada. In 1988, he came to Baltimore where he completed a fellowship in neurodevelopmental disabilities at Kennedy Krieger Institute, and obtained a master's of public health at Johns Hopkins School of Hygiene and Public Health.

He joined the Kennedy Krieger faculty in 1990. Dr. Hoon is the director of the Phelps Center for Cerebral Palsy and Neurodevelopmental Medicine at the Kennedy Krieger Institute. He is also an associate professor of Pediatrics at the Johns Hopkins School of Medicine.

Cerebral palsy, the most common form of chronic motor disability beginning in childhood, is often related to events before birth affecting brain development. Modern imaging techniques, including conventional brain MRI and diffusion tensor imaging (DTI), can now be utilized to establish cause and refine treatment for children, adolescents and adults with cerebral palsy. The ongoing development of these imaging techniques to more precisely characterize brain injury and quantitative measurement tools to evaluate the success of rehabilitative interventions is essential to improve care for affected individuals.

Using DTI, Dr. Hoon and co-workers have mapped injured white matter pathways in two children with cerebral palsy associated with preterm birth. Three-dimensional reconstructions of white matter pathways in these two children and two controls show that rather than the expected injury in white matter tracts from the brain to spinal cord, the primary injury was in sensory pathways in the brain. Currently the research team is completing a study of twenty children with cerebral palsy using DTI to validate this finding and extend understanding of white matter abnormalities in other causes of cerebral palsy. Results from this work will serve as a basis for projected research to improve the classification of cerebral palsy by including imaging findings. Such a classification could eventually be used to more precisely target rehabilitative interventions to the site of injury.