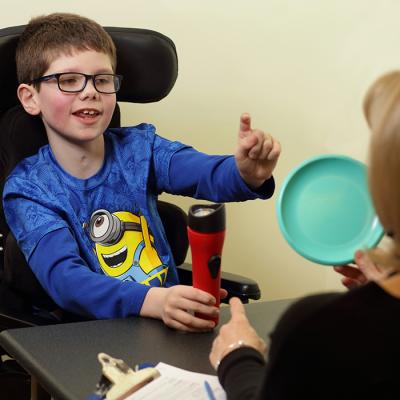 Only a few weeks before, he’d been playing soccer with his buddies. Then he got sick. His doctor thought it was strep throat and prescribed antibiotics, but Garrett got worse. Within a week, he was comatose and in the pediatric intensive care unit (PICU) at The Johns Hopkins Hospital.

Something had caused Garrett’s immune system to go awry, and it was attacking his brain and spine.

Doctors worked quickly to keep Garrett alive, but it was four weeks before he could even open his eyes. That was the day, in August 2015, when he was transferred to the inpatient unit at Kennedy Krieger Institute to begin the long process of recovery and rehabilitation.

Dr. Beth Slomine, co-director of the Kennedy Krieger Center for Brain Injury Recovery, first saw Garrett when he was in the Johns Hopkins PICU. As his parents wondered if their son would pull through, Dr. Slomine methodically tested Garrett to see how he would respond if she touched his arm, pinched his finger or wafted the scent of ammonia under his nose.

Garrett wasn’t responding consistently to touch, pain or smell, but Dr. Slomine noticed that when she tried to interact with him, he would take deeper breaths and move his mouth a little, and his heart rate would increase. It wasn’t much, but it was a good sign.

When a patient is recovering from a traumatic or acquired brain injury, doctors rely on certain standardized tests of functional independence to assess the patient’s recovery progress. Standard measures like the Functional Independence Measure for Children (WeeFIM) are frequently used by pediatric rehabilitation centers to track a child’s recovery.

The problem with those tests is that they don’t measure subtle, clinically important changes in children with very severe impairments. They also aren’t sensitive to meaningful signs of recovery when a child is very young (under 2 years old) or developmentally delayed.

Dr. Slomine and her colleagues began developing ways to measure very low levels of cognitive functioning in pediatric brain injury patients in the late 1990s. They started out by identifying the most important signs of recovery in these children, and then, in the early 2000s, used those signs to create a set of four scales—now called the Kennedy Krieger Scales—to measure recovery. Today, the scales are copyrighted, available to rehabilitation centers free of charge, and used around the world.

When patients are totally dependent on others for care, these scales measure changes that the WeeFIM can’t, by design, detect. That gives doctors, family members and insurance companies clues to a patient’s otherwise unmeasurable progress toward recovery, even if the cause of the patient’s impairment is unknown, as was the case with Garrett.

“When you don’t know what’s causing a patient’s impairment, it’s very difficult to make predictions about prognosis,” Slomine says. “All you have to go by is whether the patient is displaying any detectable signs of recovery.

“Our view is that everyone is testable, as long as you have the right tools.” 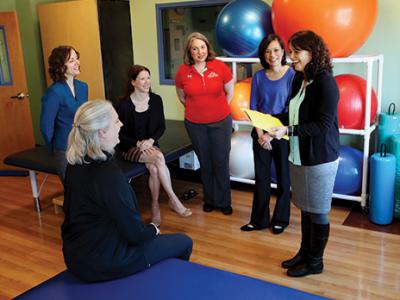 “If you can measure that improvement, however slight, you can provide better guidance to families and healthcare providers about what to expect at discharge and in the long term,” she says. If subtle changes aren’t identified early on in recovery, “the potential for recovery may be overlooked, and the patient may miss out on therapies he or she might otherwise have received and benefitted from.”

For example, the WeeFIM measures a child’s ability to do things like eat and get dressed. Garrett received the lowest score for just about everything the WeeFIM measured each time it was administered during his inpatient stay at Kennedy Krieger.

That might have indicated he was making no recovery. In fact, he was making great strides—it just didn’t register on the WeeFIM. His score on the CALS, which measures things like responding to stimuli and demonstrating visuospatial perception, however, rose from 22 to 33 during his two-plus months as an inpatient at Kennedy Krieger. That told Garrett’s doctors, nurses, therapists and family members that recovery was possible.

It also led Dr. Slomine to refer him to Kennedy Krieger’s Specialized Transition Program (STP) for eight months of intensive rehabilitation after inpatient discharge. Garrett attended the STP as if he was going to school, receiving several sessions of intense therapy and participating in modified educational activities every day.

Now, Garrett’s back at his old school, where he receives occupational, physical and speech therapies. He uses a walker to get around, and visits Kennedy Krieger for follow-up appointments. He plays adaptive soccer on the weekends and is looking into playing other adaptive sports, too.

Last year, Garrett participated in the Baltimore Running Festival, which raises money for Kennedy Krieger. He completed the last 40 yards of the kids’ fun run with a walker. Only a year before that, he was riding the race in a wheelchair, pushed along by his dad, Chuck. Next year, Chuck says, Garrett wants to walk—or maybe even run—the kids’ race on his own.

Getting kids like Garrett back into the activities they enjoyed before brain injury is one of the main things motivating Dr. Slomine in her quest to ensure that there’s a measurement tool available for all children with brain injuries. With her work, she’s making it easier to ensure positive outcomes for all pediatric brain injury patients.

To learn more about Kennedy Krieger’s Center for Brain Injury Recovery, visit its website at KennedyKrieger.org/BrainInjuries. 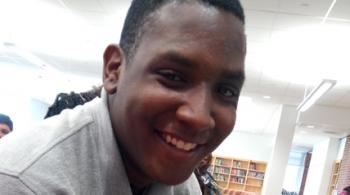 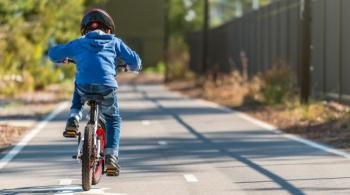 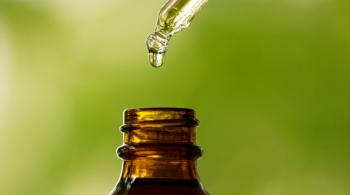 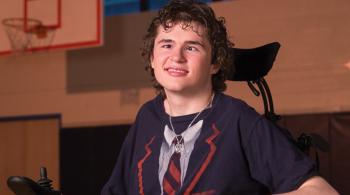 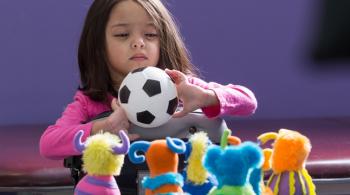 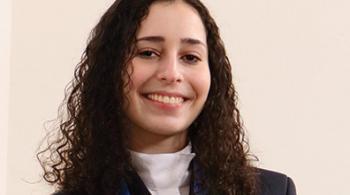 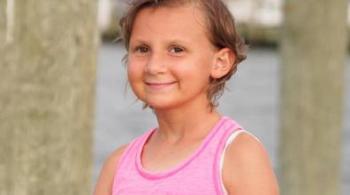 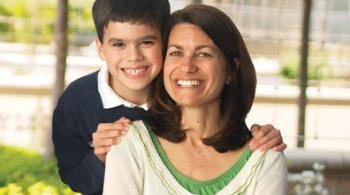