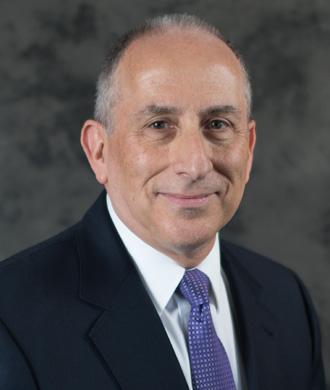 Dr. Paul Lipkin is Kennedy Krieger Institute’s director of medical outpatient services. Dr. Lipkin also provides clinical services in the Center for Development and Learning at the Institute and is a professor of pediatrics at The Johns Hopkins University School of Medicine.

Dr. Lipkin has provided national leadership on children with special healthcare needs and disabilities, including autism spectrum disorder (ASD) and other neurodevelopmental disorders, through his work with the American Academy of Pediatrics (AAP), where he served as chair of its Council on Children with Disabilities from 2002 to 2007. He remains active in key AAP initiatives, including its guidelines on developmental and ASD screening, and on the implementation of the Individuals with Disabilities Education Act (IDEA). He was the recipient of the AAP’s Arnold J. Capute Award in 2011 for his efforts on behalf of children with disabilities. Dr. Lipkin served as a Robert Wood Johnson Foundation health policy fellow from 2010 to 2011, working in the Office of the Secretary of Health and Human Services.

Dr. Lipkin’s clinical and research careers have focused on the early identification, evaluation and treatment of children and adolescents with developmental disabilities, including ASD and learning and attention disorders. Key focus areas include:

Dr. Lipkin has current funding from the American Foundation for Suicide Prevention for the investigation of screening for and prevention of suicide in children with neurodevelopmental disorders and ASD, with collaborators at the National Institute of Mental Health. Other recent funding for projects focused on ASD in children and adults includes support from the Centers for Disease Control and Prevention (CDC), the Patient-Centered Outcomes Research Institute, and the National Institutes of Health. Dr. Lipkin is also an Epic physician champion at Kennedy Krieger, guiding the implementation of Epic, the Institute’s electronic health record, for his fellow physicians at the Institute.