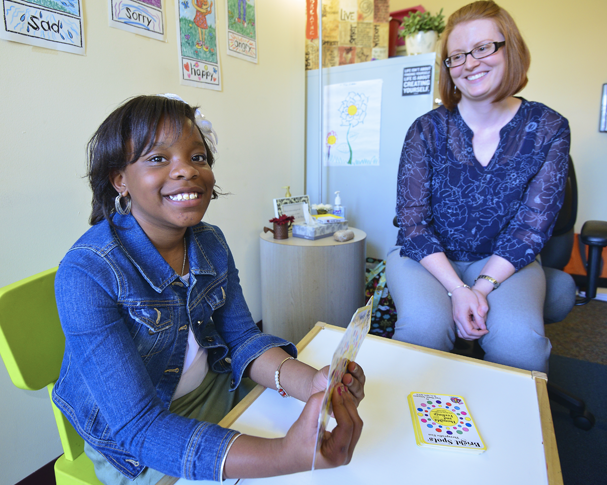 We welcome your questions and need your support to help Maryland’s children.

Adverse childhood experiences (ACEs) can harm a child’s developing brain and nervous system, leading to lifelong mental and physical disorders and disabilities. These adverse experiences are often the result of social injustice, systemic racism and other inequities—including those created by the COVID-19 pandemic—and include living in poverty, losing a parent or guardian or other close family member, witnessing or being a victim of violence, and living with someone who is mentally ill or who has a substance abuse disorder.

We need look no further than the daily headlines to know that across Maryland, from urban to rural communities, children experience these and other related stressors on a daily basis, and often go on to develop lifelong trauma that may never be addressed. The more adverse experiences in a child’s life, the greater the likelihood that the child will develop a nervous system disorder such as depression, developmental delay, anxiety, poor academic performance, substance abuse, violence or suicide.

Experiencing four or more ACEs is considered clinically significant, according to the Center for American Progress (CAP), an independent nonpartisan institute. The Centers for Disease Control and Prevention report that 16% of adults—approximately one in six—experienced four or more ACEs during childhood. Nationally, 20% of children ages 3 and younger have already experienced one ACE, while 8% have experienced two or more ACEs, the CAP reports. Across Maryland, 19% of children experience at least one ACE while growing up.

For more information about our LEAP Program and our funding request, please email Emily Arneson, director of government affairs, by clicking on the “Email Us” button below.

The more ACEs a child experiences early on in life, the more likely they are to experience four or more by the time they reach adulthood. Reducing ACEs during a child’s earliest years—and treating the trauma that those ACEs cause—is essential to a child’s long-term health and academic and economic success, the CAP reports.

Economic hardship is the most common form of adversity, with about one in five U.S. children living in a family that has struggled to cover basic needs such as food or housing, according to the CAP. In Maryland, 12.3% of children live in poverty, according to the Annie E. Casey Foundation’s KIDS COUNT Data Center (as of summer 2021). Growing up in poverty is a threat to healthy child development, and increases the likelihood of poor academic, cognitive and health outcomes. And experiencing adversity is more common for children who are Black than for children who are white. While 7% of white children experience multiple ACEs, the percentage of Black children with these experiences is more than double, at 15%.

The precise mechanisms by which social injustice affects a child’s health are currently poorly understood. But because Kennedy Krieger is treating patients right now for trauma caused by these experiences, and because it employs leading experts in this field, it has the expertise, data and patient population necessary to identify and better understand the processes by which social injustice impacts child health and development, and then inform the development of new and more effective evidence-based assessments, mitigations and individualized treatments.

We welcome your questions and need your support to help Maryland’s children.