Dr. Jennifer Crockett knows what it’s like to be part of a military family. For more than two decades, while her husband served in the U.S. Army, they and their children moved every few years. In the early 2000s, her husband was deployed twice to Iraq. She understands the effects a parent’s deployment to a combat zone can have on children.

“As a whole, children in military families face a set of challenges that their peers in civilian families don’t,” she says. “They move, on average, every two years. They’re often separated from a parent for a long time. A parent may experience an injury during deployment. All of that can lead to stress, anxiety, depression and behavioral difficulties. But that’s where we can be of help.” 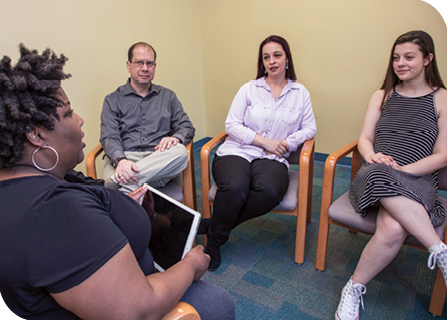 Ten years ago, Dr. Michael Cataldo, director of Kennedy Krieger Institute’s Department of Behavioral Psychology, began developing the Institute’s Behavior Health Services for Military Families for children with one or both parents serving in active duty or the reserves, or retired from the military. He selected Dr. Crockett, director of training for the department, to direct the new program based on her familiarity with military life. The Institute’s first military behavioral health clinic opened in 2013 in Odenton, Maryland, just a few miles from Fort George G. Meade, a major U.S. Army installation. It now serves close to 1,000 military-connected families a year. Services are also provided at Kennedy Krieger’s Columbia, Maryland, clinic.

All of the program’s psychologists are trained and experienced in working with military families. “When a military family visits us, they can focus on the issues at hand, without first having to explain to us what their world is like,” Dr. Crockett says. “The cross-country moves, deployments and even vocabulary of the military can make it daunting to see a new provider. But at Kennedy Krieger, they’ll meet with providers who are knowledgeable about some of their specific challenges.” 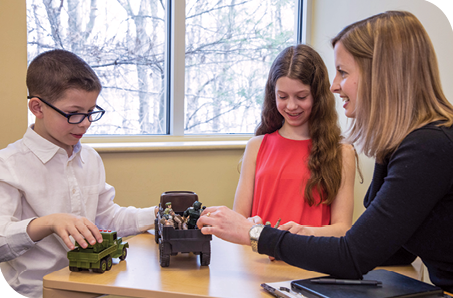 Dr. Crockett and her colleagues provide services for a range of diagnoses, including behavioral disruption, ADHD, anxiety and depression. “The most common challenge I run into is when one of two caregivers is deployed, and the other has to assume all caregiving responsibilities,” says clinical psychologist Dr. Lauren O’Donnell, who works primarily with younger children. “This can lead to changes in the structure and routine of the home,discipline strategies, and the amount of attention that caregiver is able to provide to their children. These changes can be hard on children.”

“And school systems can be drastically different in different regions of the country,” adds clinical psychologist Dr. Christi Culpepper, who works mostly with older children. “Some kids move and find their new classes are following a different curriculum, and some kids who’ve been granted academic accommodations at their previous school find they could benefit from different accommodations in their new school environment.”

Over the past five years, the program has trained more than 30 postdoctoral fellows. Many have gone on to work in clinics across the country. “I’m so proud of our fellows, who have gained so much knowledge about the military and are excited to continue working in the field,” Dr. Crockett says. 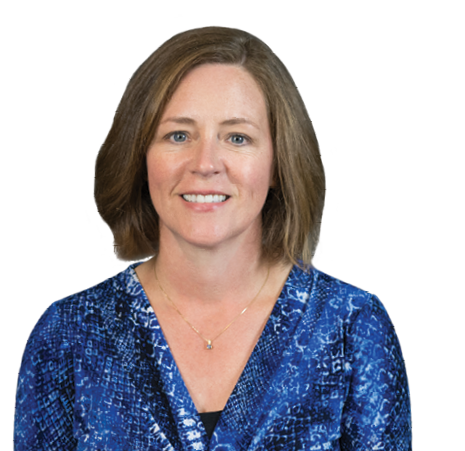 When a military family visits us, they can focus on the issues at hand, without first having to explain to us what their world is like.” – Dr. Jennifer Crockett

For Amanda and Todd, preparing their three children, Addison, 14, Reagan, 11, and Thomas, 8, for the various moves they made during Todd’s career with the U.S. Air Force was an unexpected challenge. Both had stayed put in their hometowns growing up, and didn’t quite realize the stress that moving every few years had on their children. 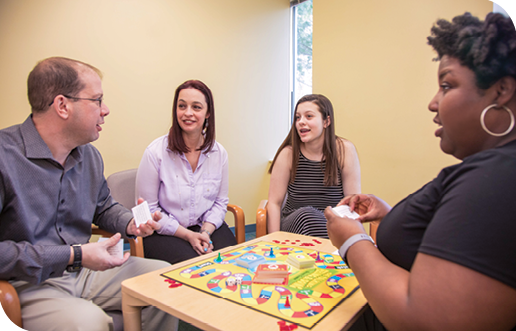 A couple of years ago, Addison was referred to Kennedy Krieger and started working with Dr. Culpepper. When Amanda and Todd, now retired from the Air Force, saw how much that helped Addison, they arranged for Reagan and Thomas to work with Dr. O’Donnell.

From their family’s work with Drs. Culpepper and O’Donnell, Amanda and Todd learned that military life amplified the normal anxieties of growing up. “Todd and I have changed how we interact with the kids,” Amanda says. “Now, we talk with each child about what triggers stress and anxiety, and we help them recognize those triggers in each other.” 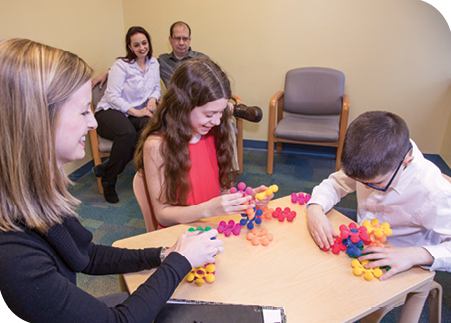 Growing up in a military family has its benefits, though. “I think the kids have a much broader view of the country,” from living and going to school in so many different states, Todd says.

And all the changes they experience cultivate an incredible resiliency. “Children in military families are ‘bounce-back kids’—their experiences make them stronger and better able to handle things when they happen,” Dr. Crockett says.

“The sacrifices military families make to protect our country are significant. We see what they go through—we know the children serve right alongside their parents. It is truly an honor to serve them.”

Visit the Behavior Health Services for Military Families site to learn more about how the Institute helps treat children with behavior problems that often accompany deployment and other military stressors.