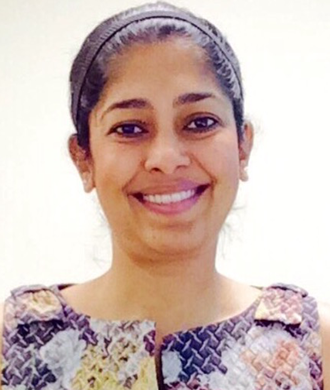 Shilpa Kadam completed her medical internship at Sanjeevan General Hospital in Pune, India. After graduation, she trained/worked as a medical officer at the Pune Institute of Neurology in the intensive care and high dependency units. She completed her PhD in Neuroscience in the United States in the field of epilepsy research in the laboratory of Dr. F. E. Dudek (University of Utah School of Medicine), in 2006. She did her post-doctoral fellowship training in the Department of Neurology at the Johns Hopkins University School of Medicine. In 2012, she joined the faculty of the Neurology Department as Assistant Professor.

Dr. Kadam's doctoral research involved the study of epileptogenesis using in vivo ECOG monitoring using telemetry and in vitro slice electrophysiology in a rat model of perinatal hypoxia-ischemia. Using the expertise gained during her pre-doctoral training in the Dudek Laboratory, she established a first of its kind: in-vivo mouse electroencephalogram (EEG) laboratory at the Kennedy Krieger Institute in 2009: with capabilities of recording chronic and continuous video/EMG/EEGs.

Dr. Kadam is interested in investigating mechanisms, underlying epileptogenesis in animal models of developmental disabilities with the goal to test novel therapies. She has successfully characterized a new mouse model of age-dependent, phenobarbital-resistant seizures using the gold-standard of EEG based quantification of acute seizure burdens. Her current research is focused on acute ischemic seizures in neonates and investigating the role of chloride in co-transporters in the evolution of refractoriness following ischemia in the neonatal period.

Another focus in her laboratory has been developing protocols to analyze quantitative EEGs (qEEG) using spectral analysis and correlating them to synchronous behavioral states over circadian cycles using 24h continuous EEGs. She is also involved in collaborative studies investigating the role of MeCP2 in epileptogenesis and activity-dependent glutamate homeostasis in-vivo in models of Rett syndrome and the role of in-utero inflammation in developmental disabilities and epileptogenesis. Dr. Kadam is a current member of the Translational Research Task Force for International League against Epilepsy (ILAE).