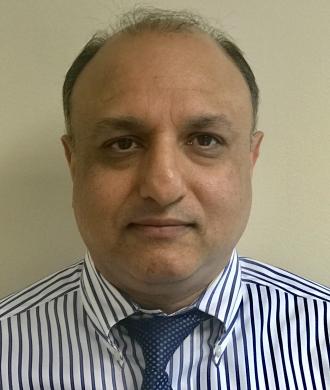 Dr. Mahajan is a faculty pediatric psychiatrist at the Center for Autism and Related Disorders at Kennedy Krieger Institute.  He is also an Assistant Professor in the Department of Psychiatry and Behavioral Sciences at Johns Hopkins University School of Medicine. He is board certified by ABPN in child and adolescent, and adult psychiatry.

Dr. Mahajan has been involved in clinical research in psychiatric comorbidities in ASD, with a particular interest in attention deficit hyperactivity disorder in context of autism spectrum disorder. He was a participant in framing of clinical practice pathways for evaluation and treatment of psychiatric comorbidities in children and adolescents with ASD including ADHD, anxiety and irritability through the Autism Speaks-Autism Treatment Network. Dr. Mahajan is currently involved in developing a specialty clinic at CARD for children and adolescents with ASD with severe problem behaviors/complex neurobehavioral presentations and require a multidisciplinary treatment approach.