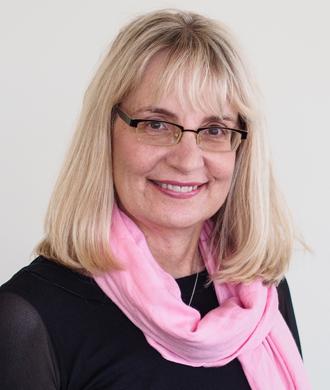 Dr. Mary E. Blue is a research scientist in the neuroscience laboratory at Kennedy Krieger Institute. She is also an associate professor in the Department of Neurology and Neuroscience at The Johns Hopkins University School of Medicine.

Our lab is interested in the role that neurotransmitters play in brain development and plasticity and in animal models of developmental and adult brain disorders. Our research has demonstrated that monoaminergic and glutamatergic neurotransmitter systems are both altered by and influence injury in models of hypoxia-ischemia and in developmental disorders such as autism and Rett syndrome (RTT). Our lab’s primary focus is on RTT, a debilitating developmental disorder that is caused by mutations in the X-linked gene that encodes for methyl CpG binding protein 2 (MeCP2). The phenotypic features of RTT include non-purposeful, stereotyped movements of hands, impaired mobility, intellectual disability, seizures, altered bone growth and premature osteoporosis and altered respiration. Unlike in autism, where brain size is increased, brain volume is reduced significantly in girls with RTT. Based on this, we hypothesized that RTT was a synaptic disorder, and given that glutamate is the most prevalent neurotransmitter in the brain, decided to characterize the expression of different types of glutamate receptors in post mortem samples of the prefrontal cortex from girls with RTT. We discovered that levels of glutamate receptors were higher in the cortex of girls with RTT, but only NMDA receptors were significantly overexpressed in young girls with RTT. This elevation occurs at the same time that glutamate levels are higher, indicating that homeostatic mechanisms regulating receptor expression have gone awry. These findings were the bases for clinical trials at KKI/Johns Hopkins investigating the efficacy of dextromethorphan, a NMDA receptor antagonist, for treatment of young girls with RTT.

Subsequent studies determined the effects of MeCP2 deficiency on brain development, bone growth and behavior in a mouse model for RTT developed by Adrian Bird. As in RTT, autoradiographic studies showed overexpression of NMDA receptors in the cortex of 2 weeks old Mecp2-null mice (2-4 years in human life). In other studies we found that MeCP2 deficiency impairs bone formation and affects bone strength and that treatment with zoledronic acid (ZA), a third generation nitrogen-containing bisphosphonate with primarily anti-osteoclastic activity improves bone strength in MeCP2 deficient mice.

Our most recent studies in collaboration with the Kannan labs at Hopkins explore the role of glial-neuronal dysregulation in RTT. Immune dysregulation, oxidative stress, and excess glutamate in the brain mediated by glial dysfunction have been implicated in the pathogenesis and worsening of symptoms in RTT. We are investigating a new nanotherapeutic approach to target glia to attenuate brain inflammation/injury both in vitro and in vivo in Mecp2-null and Mecp2-heterozygous mice. Our ongoing studies are using dendrimer nanoparticles (4-6 nm) that intrinsically target ‘activated’ microglia to study the effects of the anti-inflammatory and antioxidant N-acetyl cysteine (NAC) and dendrimer-N-acetyl cysteine (D-NAC). Preliminary results indicate that D-NAC improves behavioral outcomes in MeCP2-deficient mice.