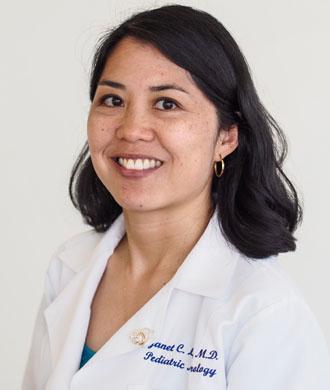 Dr. Lam received her Bachelor of Science degree in biology and psychology at Allegheny College.  She then earned a Master of Health Science degree at the Johns Hopkins Bloomberg School of Public Health.  Afterwards, she pursued her medical degree at the University of Missouri-Columbia followed by a general pediatrics residency at the University of Illinois at Chicago.  She completed her pediatric neurology fellowship at the Children’s National Medical Center and a fellowship in sleep medicine at the University of Maryland.  At Kennedy Krieger, Dr. Lam sees patients in the general neurology clinic, sleep clinic, and neuro-rehabilitation concussion clinic. She is the director of the Sleep Disorders Clinic and Laboratory.

Dr. Lam’s research focuses on the impact of napping on cognition in preschool-aged children.  In early childhood, sleep transitions from a biphasic pattern (ie. daytime naps and night time sleep) to consolidated sleep at night.  Dr. Lam is interested in identifying evidence-based guidelines for when naps are critical for learning potential and cognitive development.  She has studied typically developing children in day care centers and identified night time sleep as more critical for the development of cognitive performance and nap cessation may be a developmental milestone of brain maturation.  She also has an interest in understanding the relationship between sleep and other disorders, such as ADHD and concussion.