The Neurodiversity at Work initiative at Kennedy Krieger Institute is a multi-faceted effort to increase accessibility to employment both within our own organization and in external organizations. Meaningful Community Services at Kennedy Krieger Institute help individuals with disabilities obtain and maintain meaningful employment and community engagement through a person-centered approach.

A Statewide workgroup was formed At the request of Maryland Sen. Thomas Middleton, Bob Hoffman, executive director of Maryland Works, put together a statewide 14(c) workgroup to monitor the use of 14(c) certificates at the state level.

Following those recommendations, POG conducted a survey of its members about 14(c) certificates. POG found that the majority of self-advocates being paid less than minimum wage (many of whom had spent time in what is known within the advocacy community as “sheltered work”) were in favor of systematically ending the use of 14(c) certificates and closing the door to sheltered work. A small number individuals initially said they were not in favor of the phase-out, but when POG spoke with them, they explained that no one had discussed alternative options for employment with them, and that they would be open to earning more money.

These individuals explained that for them, work was more about having something social to do, rather than having meaningful employment. Indeed, when one discusses the issue of subminimum wage with people of any group, it is often difficult to separate emotions and opinions from what is best for a majority of people. Although a 2001 study conducted by the U.S. Government Accountability Office found that fewer than 5% of people in 14(c) work placements transition into community-based jobs, employment service providers and families often still see work paid at a subminimum wage as meaningful work.

POG found an opportunity to work with other groups to look at drafting possible legislation to eliminate this out-of-date practice. Richard Davis, a former employee of The Arc Maryland, discussed drafting legislation to phase out substandard wages for people with disabilities with the U.S. Department of Labor’s Office of Disability Employment Policy (ODEP) and the National Federation of the Blind’s Maryland chapter, then reached out to POG, the Autistic Self Advocacy Network and others to see what self-advocates wanted. POG responded by saying that its members overwhelmingly wanted to see this practice eliminated.

The 2016 Ken Capone Equal Employment Act, known while it was still in draft form as the Real Wages Act, is Maryland’s version of the 2017 Transitioning to Integrated and Meaningful Employment (TIME) Act, federal legislation to phase out 14(c) subminimum wage work within a three-year period. POG didn’t feel the TIME Act went far enough in supporting and protecting the right of individuals with disabilities to receive competitive wages for their work, and suggested that Maryland’s legislation language reference employment-first, person-centered planning and outcome measures.

POG waited to involve employment service providers in the process until a concrete example of legislation was ready to share with them. As noted earlier, several organizations had studied the issue from an employment service provider perspective in 2014–2015 and had determined that new legislation would be too complicated to create. But as POG worked to end use of the 14(c) certificates in Maryland, several challenges to Section 14(c) arose within the court system, including in Ohio, Rhode Island and Oregon. These challenges allowed POG to clearly demonstrate to employment service providers that a serious discussion about phasing-out the certificates was necessary. Mr. Davis, given his role at ODEP, decided to step back as lead facilitator for the workgroup, and POG assumed direct leadership responsibilities for the workgroup’s legislative efforts. 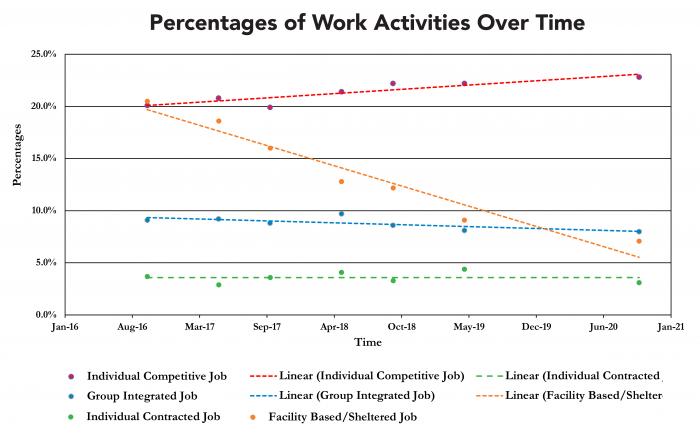 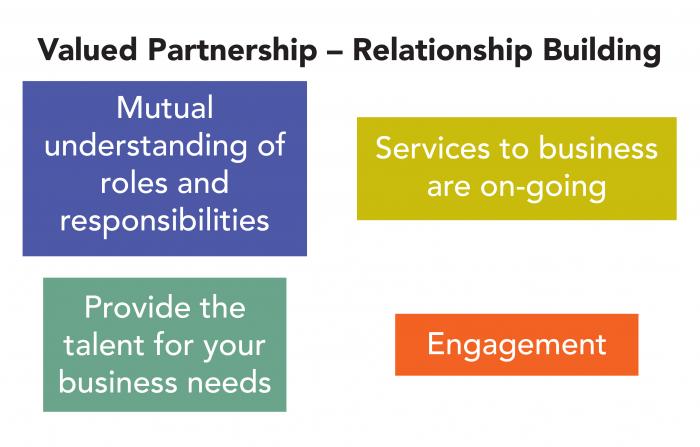 We strongly believe that the models we have developed in Maryland allow all individuals the opportunity to pursue competitively paid employment. By sharing and networking with others around the country, we can continue to work toward achieving a diverse workforce.