Disproportionate Discipline of Students with Disabilities

Disproportionate Discipline of Students with Disabilities

Disproportionate Discipline of Students With Disabilities 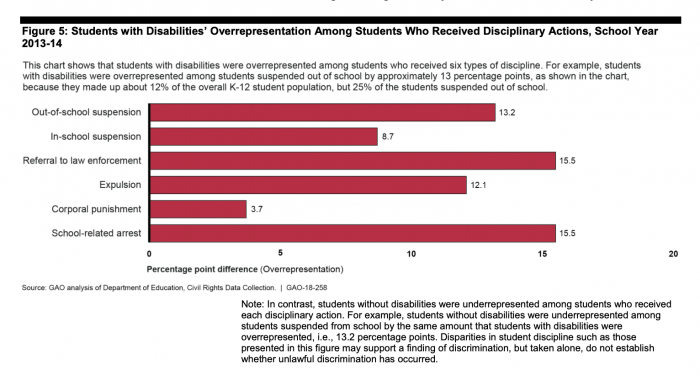 Exclusionary discipline practices can have a myriad of negative impacts on students with disabilities, including, but not limited to, decreased academic performance, behavioral issues and higher drop-out rates. Research has demonstrated that students who experience exclusionary discipline are increasingly likely to experience negative consequences. 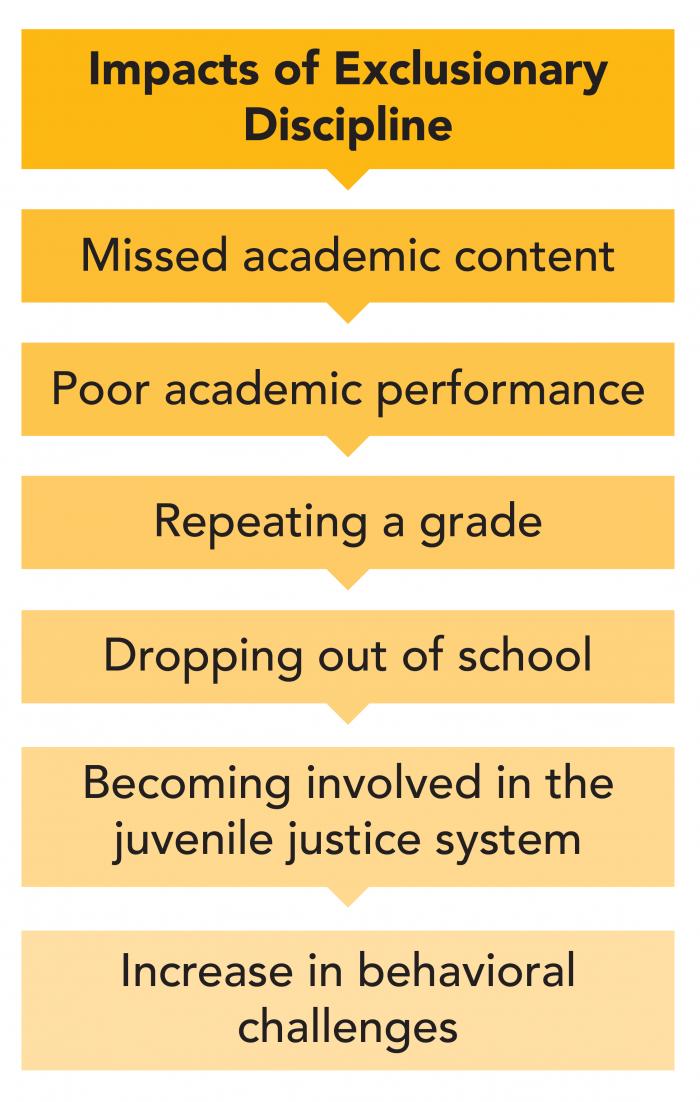 Alarmingly, research has demonstrated that if students who experience exclusionary discipline do become involved in the juvenile justice system, sometimes referred to as the “school-to-prison pipeline,” this can cause an overall lower lifetime earning potential, as well as added costs to society through incarceration and/or lost tax revenue.

There are many ways to address the disproportionate discipline of students with disabilities, both at a systemic level and within each school building. School systems can and must adopt procedures for reviewing and analyzing discipline data within their boundaries to determine any disparities. If disparities are discovered, school systems must create actionable plans to remedy those disparities as soon as possible.

In addition to these systemic changes, however, schools can also reduce the use of exclusionary discipline overall, thereby reducing the impact to all students, including those with disabilities. Restorative approaches and methods that focus more on positive behavioral interventions and effective classroom management techniques have been shown to be more effective than exclusionary discipline practices at correcting student behavior. 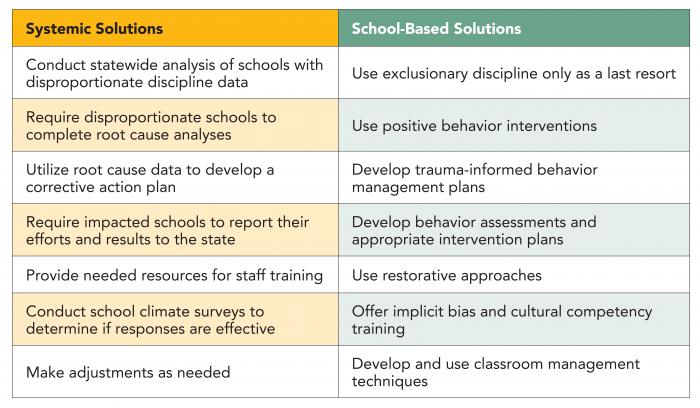 Disabling punishment: The Need for Remedies to the Disparate Loss of Instruction Experience by Black Students with Disabilities, The Center for Civil Rights Remedies at the Civil Rights Project, Charles Hamilton Houston Institute for Race and Justice, Daniel J. Losen, April 2018

REL Mid-Atlantic, Disproportionality in school discipline: An assessment in Maryland through 2018, September 2019