Jeremiah, who has autism, trains with chefs around the country, and encourages others to follow their dreams.
Support Kids like Jeremiah

Jeremiah's going places—literally. An aspiring pastry chef and recent graduate of Kennedy Krieger High School, Jeremiah, 19, has traveled to New York, New Orleans and Washington, D.C., to cook with some of the best chefs in the country. 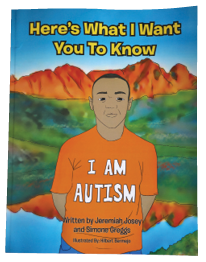 He’s also modeled for Tommy Hilfiger’s adaptive clothing line, and authored—with his mom, Simone—“Here’s What I Want You To Know,” a book about autism. Last year, Jeremiah was a youth ambassador for Kennedy Krieger Institute’s Festival of Trees. Dedicated to both cooking and disability awareness and advocacy, Jeremiah is living a life full of promise and exciting opportunities. But it wasn’t always this way.

Jeremiah, who lives in Maryland, was diagnosed with autism at Kennedy Krieger when he was in third grade. His local school system, Simone says, wasn’t equipped to follow his individualized education program, and he was often bullied. In middle school, Jeremiah enrolled in Kennedy Krieger’s Fairmount school campus in downtown Baltimore.

“At Kennedy Krieger, I saw diversity and a structured education,” Simone says. “I knew my son would have a team of people solely responsible for charting his academic progress. He was more than capable of doing his school work. He just needed the right environment.”

Jeremiah’s engaging personality impressed his Kennedy Krieger teachers from the start. He was creative and caring, but a little insecure and afraid to make mistakes, remembers Deidre Rabuck, the Fairmount school campus’s assistant principal. 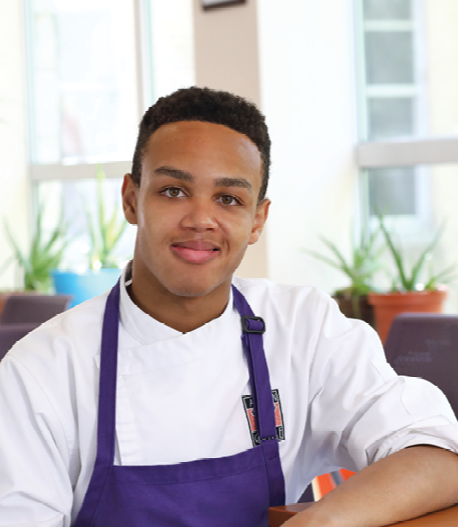 “It was clear he hadn’t had an academic experience where he felt good about himself,” Rabuck says. “But once he knew it was okay to be himself, he blossomed.”

Jeremiah started learning to cook from his maternal grandmother when he was 13. In middle school, he made books in which he’d group activities and words around foods, as a chef might organize a kitchen around ingredients and recipes. At Kennedy Krieger High School, Jeremiah worked at the school’s student-staffed, teacher-led Cafe James.

To encourage her son’s interest in cooking, Simone started the YouTube channel “Jeremiah’s Cooking Adventures,” where she and Jeremiah post videos of Jeremiah learning to cook. He also has a website with the same name. Jeremiah and his mom reach out to famous chefs like “Top Chef” contenders Kwame Onwuachi and Chris Scott, who’ve invited Jeremiah to cook with them. More apprenticeships are in the planning stages. 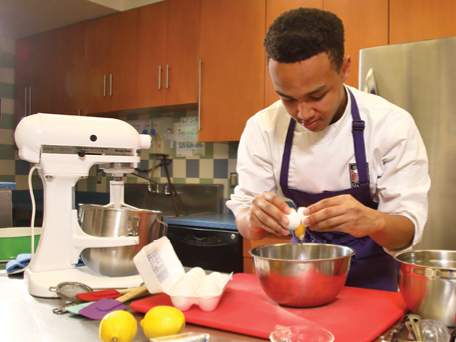 This past spring, Jeremiah returned to Kennedy Krieger’s Fairmount Campus to give a speech at the school’s graduation. He encouraged the students not to let their disabilities hold them back.

For everyone listening to his speech, “Jeremiah represented hope, because he’s determined to not let having autism get in the way of his dream of becoming a pastry chef,” Rabuck says. “He wanted to learn—he just needed the opportunity.”

Support Us with your Donation