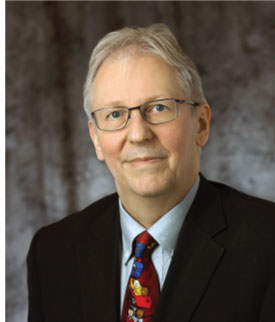 Dr. Peter C. M. van Zijl is a research scientist at Kennedy Krieger Institute, as well as the founding director of the F.M. Kirby Research Center for Functional Brain Imaging. He is also a professor of radiology at the Johns Hopkins University School of Medicine.

In 1992, he was invited to join the Department of Radiology at Johns Hopkins University Medical School, where he was promoted to associate professor (1992) and professor (1997). In 1999, he became the founding director of the F.M. Kirby Research Center for Functional Brain Imaging at the Kennedy Krieger Institute. Dr. van Zijl is a Fellow of the International Society for Magnetic Resonance in Medicine (ISMRM) as well as the International Society of Magnetic Resonance (ISMAR). He has been awarded the ISMRM gold medal for neuroscience contributions to fMRI techniques, diffusion imaging and MRS (2007) and was the Lauterbur lecturer for the ISMRM in 2019. He has received the Laukien Award from the Experimental NMR Conference (ENC, 2016) for the development of the field of Chemical Exchange Saturation Transfer (CEST) imaging (shared with Robert Balaban). He was named a Distinguished Investigator of the Academy of Radiology Research, in 2012.

Dr. van Zijl’s present research focuses on developing new methodologies for using MRI and Magnetic Resonance Spectroscopy (MRS) to study brain function and physiology. In addition, he is working on understanding the basic mechanisms of the MRI signal changes measured during functional MRI (fMRI) tests of the brain. Other interests are in mapping the wiring of the brain (axonal connections between the brains functional regions) and the design of new technologies for MRI to follow where cells are migrating, and when genes are expressed. A more recent interest is the development of bioorganic, biodegradable MRI contrast agents. The ultimate goal is to transform these technologies into fast methods that are compatible with the time available for multi-modal clinical diagnosis using MRI. He is especially dedicated to providing a comfortable scanning environment for children, where they can enjoy the experience in the MRI scanner. Dr. van Zijl's research is funded by several grants from the National Center for Research Resources and the National Institute of Biomedical Engineering and Bioengineering.